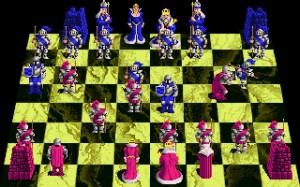 For some time now, I’ve been writing in English whenever there’s a subject I feel would find an audience internationally. More specifically, things like the Universal Game Crossover Chart, my Smokescreen build project, the Soul Edge artwork and most recently the Auto Assembly reports. Since many of these have gotten loads of views from international readers and I don’t write in English all the time, I wanted to make it a little easier for those readers to find more stuff. So I’ve added a little flag to the top menu, to collect all my English language texts. ... Läs hela texten

I won an Ultimate Optimus Prime at Auto Assembly Europe which was interesting since I never, ever intended to buy it. Not only did it look fairly ridiculous in previews, in Swedish stores it costs roughly a kidney and a half, and since he’s so huge, importing is just as expensive.

Speaking of huge, though. It’s quite fun to read the claims on the box, saying he’s 55 centimeters tall. It’s extra exciting since the biggest Transformer toy of all time, Fortress Maximus, is also 55 centimeters. But it’s pretty much a lie. Optimus Prime himself is fairly small, somewhere around the Ultra size category. He then transforms his trailer into a huge battle suit which extends his legs and arms and gives him a new diaper. Pretty cool, but still only about 30 centimeters at the crest of his head, and his head is tiny by the way. Then you deploy… the fairy mode. ... Läs hela texten