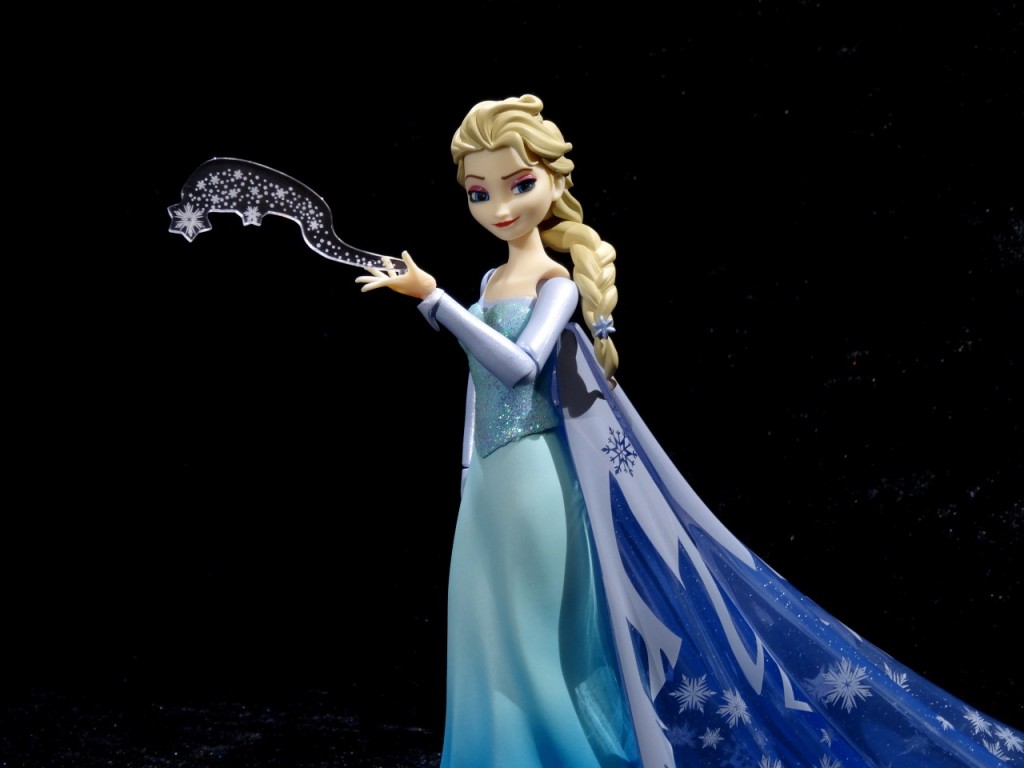 I just reviewed Zero Suit Samus Aran, and sometimes life isn’t fair. On any given day, Samus could have been a great figure. Getting her on the same day as Elsa, however, is not a fair match.

Because Elsa is an exquisite figure from top to bottom, and a great example of how much expressiveness you can get from such a tiny model. Measuring roughly 13 centimeters, I can’t begin to tell you how much this isn’t a toy. Many of the rotating joints are less than a millimeter. The ends of her sleeves are separate pieces and super tiny. Then you pick up one of the three separate faces (normal amused, raised eyebrow, and singing) and realize that – holy crap – she comes with a little tool to adjust her eyes individually! This is a feature normally found on really expensive (and big) model dolls. Sure, Elsa has huge eyes, but this is still a remarkable achievement. ... Läs hela texten 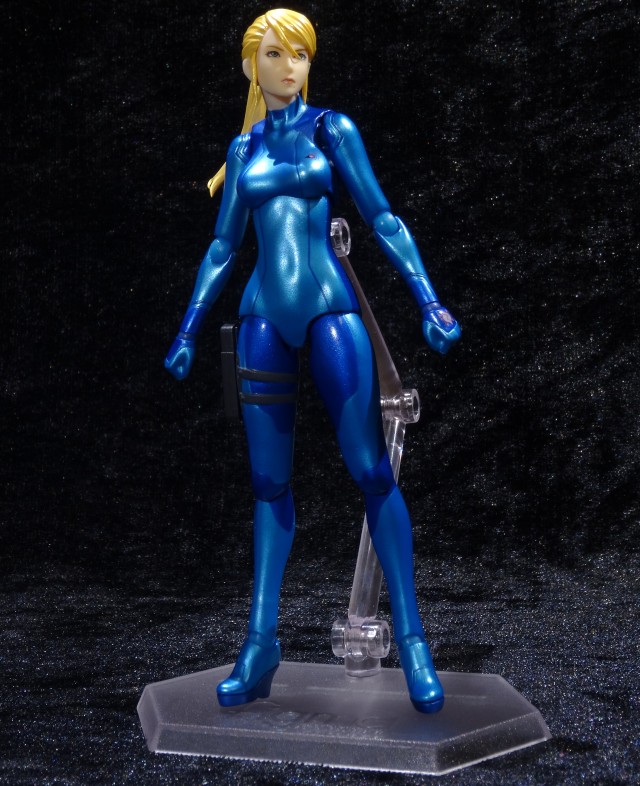 It’s been four and a half years since I got my first Figma figure: Samus Aran. While she was based on one horrible game, she looked good enough and got me interested in getting several other Figmas. Now, after all this time Good Smile Company/Max Factory are returning to Metroid with both a Metroid Prime 3 figure and a Other M Zero Suit Samus. I might have prefered one that was actually from Zero Mission, but I realize how unlikely that is, so this will have to do.

What we get is a very sleek Samus, obviously. The Zero Suit is mostly skin-tight, but there’s some actual sculpted ridges that make it look more than painted on. The little markings on the hands and back are ridiculously detailed, of course. The same goes for her face, which is slightly longer than I would have liked, but is very sharply defined. ... Läs hela texten