In the week leading up to Soul Calibur VI, let’s look back at the series and the trials and tribulations I went through to play my favourite fighting game series. 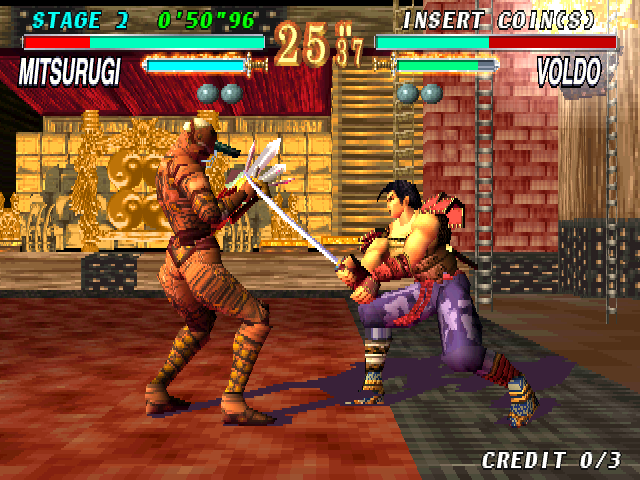 Contrary to what the King of Fighters ’98 intro claims, it all began in ’97. I had been thriving on a diet of creative PC games for a few years, but I wanted a new console. There had been early reports on Street Fighter III and I absolutely needed it, but no home version was forthcoming. I was actually saving up for a Matsushita M2 for a while when it seemed that it might get the game. Anyway, I stumbled across an issue of CVG with a huge feature on the game. The next issue had a review and I knew that I had to have this game. I made a deal to get my summer job paid early and bought myself a Playstation and a brand new copy of Soul Blade.

And what a game it was. This was the brave new world of 3D and Namco was at the height of their confidence, having basically launched the Playstation brand together with Psygnosis. Soul Blade was a triple A title all the way through, with three separate soundtracks including the fantastic Khan Super Session with funky Japanese rock band Khan, tons of modes and secrets, and the still unsurpassed rendered intro. I played it for hours, clocking in over a hundred before the end. I knew every character inside and out, and only my lack of some hacking tool prevented me from going really deep and trying out stuff like ”Tanegashima”, the gunner who confronts Mitsurugi. Besides my growing fighting game fascination, Soul Blade also appealed to the lore nerd in me, with long stories being written, chronicling the travels of these amazing warriors. 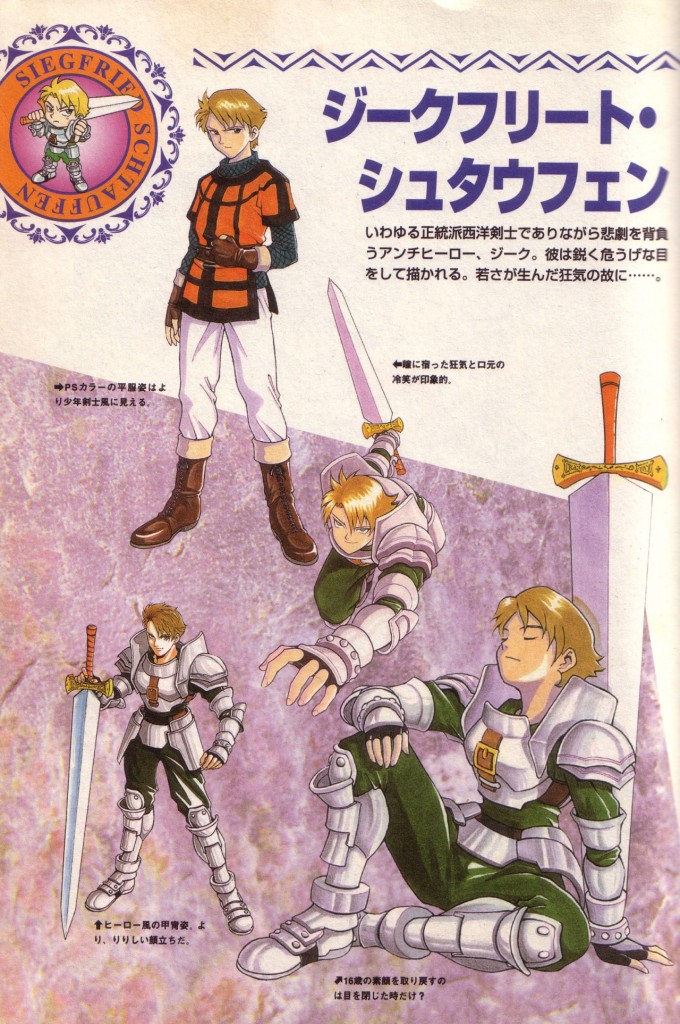 I ended up with Siegfried as my favourite, but I actually liked all of the cast and I made my choice for a very random reason: I was making a website to collect fighting game information, way before Wikipedia. I wanted an avatar and Siegfried, being from Germany, was the closest I could get to a Swedish fighter (which were very rare at the time). So Siegfried’s Fighter Mania became a thing and Soul Blade remained my favourite Playstation game until two years later when Soul Calibur mercilessly made it obsolete.