It actually took a while for the next Soul Calibur. Dreamcast died off and Xbox and Gamecube replaced it, while Playstation 2 built an early lead. In september of 2001, the first images appeared, with Mitsurugi, Taki, Astaroth (with weird horns that were eventually removed) and Ivy returning but Sophitia replaced with Cassandra. Yes, yet again there was a change of cast. We also lost Siegfried, Hwang, Lizardman, Cervantes, Rock and Mi-Na, with a couple of newcomers taking their place. Yet again I didn’t really appreciate Yun-Seong, Talim or Raphael. The arcade version was released but I wasn’t too hyped, and it was a weird game in many ways. When it was time for console versions in 2003, Namco made deals for unique editions for everyone. This started a tradition of guest characters that mostly have made the games worse and distracted from the original cast. Link did end up selling a ton of copies for Gamecube, but I never liked his gameplay. Heihachi was a neat addition, but Spawn was and is a horrible design and a boring character with a short, stubby axe. 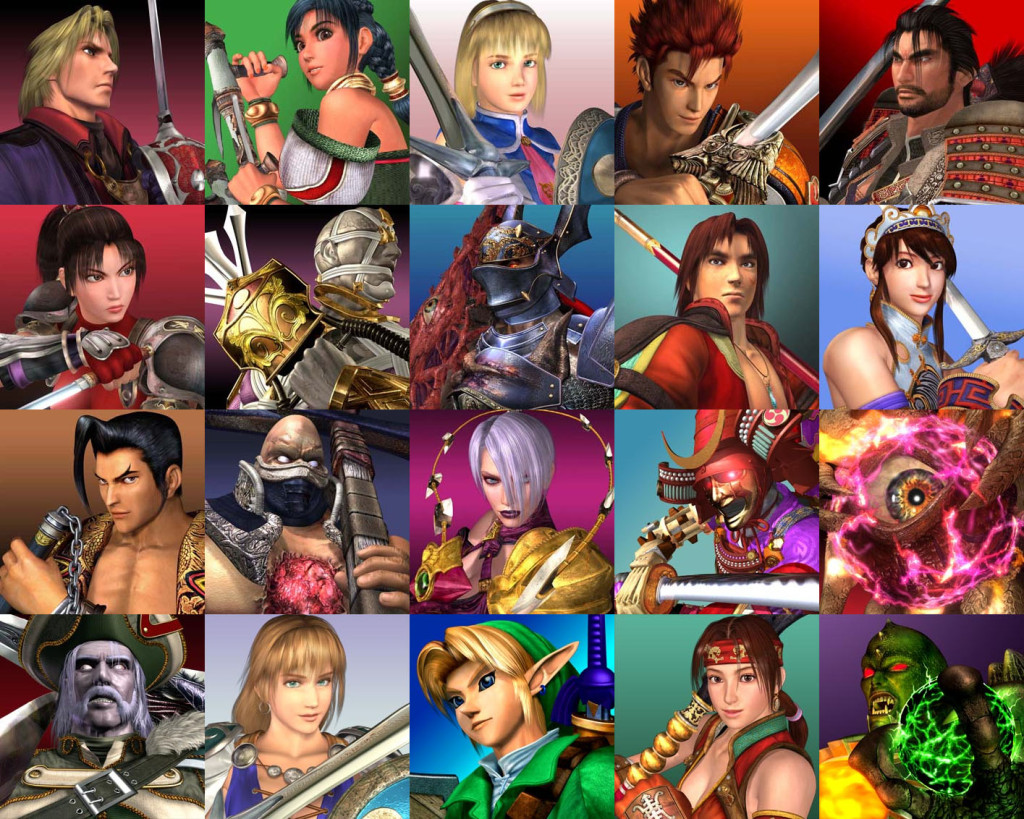 A group of friends imported both Gamecube and Playstation 2 copies, and we gathered to play the Gamecube version for a couple of days. I was annoyed not having a proper Siegfried, even though I eventually managed to unlock the alternate version of Nightmare. Overall, the console versions ended up putting Cervantes, Mi-Na, Lizardman and Sophitia back, but Hwang and Rock were remade as generic NPC:s. We also got the completely horrible Necrid (a by-product of Todd McFarlane’s inclusion of Spawn) and the shitty Inferno ripoff Charade, ultimately making for a weird cast with a strange art direction overall. Many fans swear by this version, but I never really liked it that much. After how greatly Soul Calibur improved on its prequel, II felt like one step ahead and two steps to the side. I did buy all three versions and played through that ridiculously dull labyrinth challenge mode over and over, but looking back, I can’t really see a reason to bother anymore. 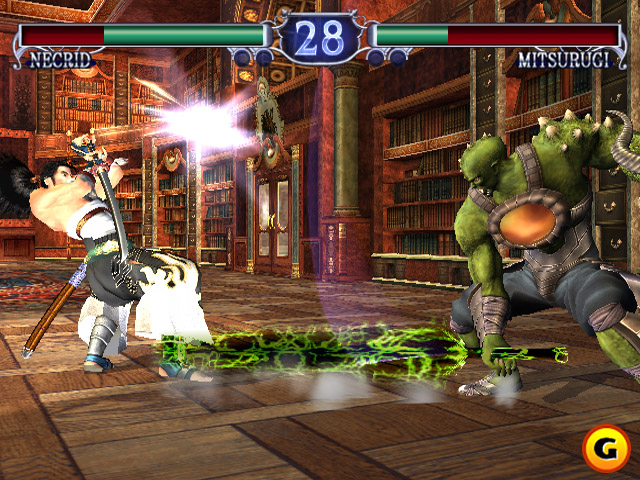