It’s funny, but I can’t remember any particulars about the release of Soul Calibur IV. The first images turned up in the summer of 2007 and being the first game to release on Playstation 3 and Xbox 360 it was beautiful to look at. A huge surprise was the fact that both versions would yet again get exclusive characters, this time around none other than Darth Vader and Yoda, with the new character Apprentice being in both versions to promote Star Wars: The Force Unleashed. As time went on, the game also introduced a bunch of guest characters designed by mangakas, but unlike the creation fighters in III there was very little cohesion and they were all female with varying levels of absurd designs. Scheherazade was an elf, Angol Fear was an anime fighter in an otherwise realistic-ish game, Shura was a generic badass and Kamikirimusi was a weird demon. The only one who felt like she could have been a proper Soul Calibur character was Ashlotte, a gothic robotic clockwork maiden. 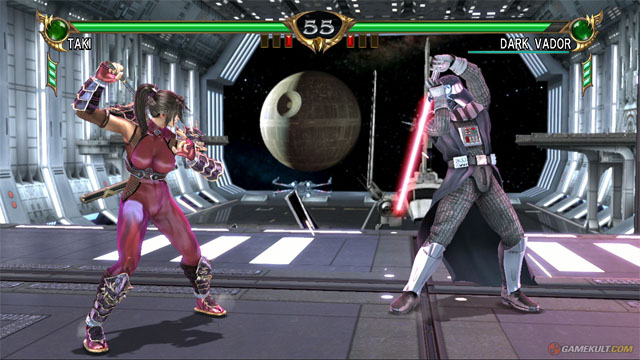 A french publication released a ton of early screens of the complete version, thus Dark Vador.

Alongside all these guests, however, only two new characters appeared. Algol was the main boss and I hated him for his dull design and silly gameplay. Hilde, or Hildegard von Krone, was something different. While the rest of the game dressed its female characters in skimpier outfits than ever, with Ivy going well into absurdity, Hilde actually wore full plate armor and looked amazing doing it. Unfortunately I never really got a hang of her strange fighting style, but as a character Hilde was amazing. 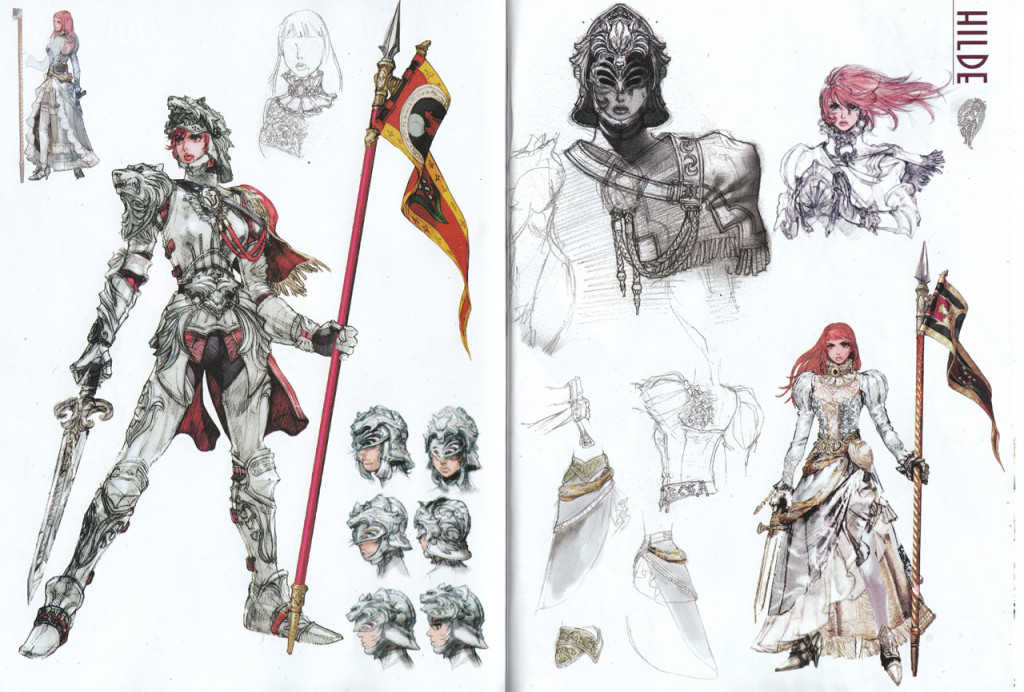 The game itself was solid enough, with character creation being improved and some varied missions appearing in the Tower of Lost Souls mode. Gameplay-wise the game introduced armor breaking, which shattered the clothes of created characters in a silly way, and super finishers that could be tacked on to those armor breaks. It wasn’t really a well thought out design, but the game worked well enough. Looking back, though, I don’t really remember it fondly. It was just there as a way to play Soul Calibur on better hardware.

And then we got an option to play it on weaker hardware, with Soul Calibur: Broken Destiny. Rather impressively, the game was basically IV compressed onto the Playstation Portable, with fantastic graphics and most of the gameplay being quite fine. It had all the options of character creation once more, but I remember there being few actual game modes. Kratos turned up as an exclusive guest character and the new (and annoying) Dampierre was added to the game. As a portable version, it was great.