After getting in fairly late with Soul Blade, it only took a year to start hearing rumblings of a sequel. In the middle of 1998, the first previews of the arcade version of Soul Calibur turned up. Soon the game was released and it had a very exciting component with ”Time Release Characters”. Week after week, new characters popped up, and the initial cast basically doubled. It was amazing to follow, but also frustrating, as arcades were extremely rare in my area. So I couldn’t do anything except download every shred of info I could find and wait for the Playstation port. Which, obviously, never turned up. Namco betrayed Sony to release Soul Calibur on Dreamcast, and after a lot of frustrated anger, I resigned to buying myself one. I was planning to actually import a Japanese console, but as it turned out, it would only take a few months to get a European release so I waited impatiently. The local game shop had a bunch of import games and they did bring in the Japanese version early. I still remember standing in the middle of the shop, trying out Siegfried and Mi-Na and fighting up to Inferno. 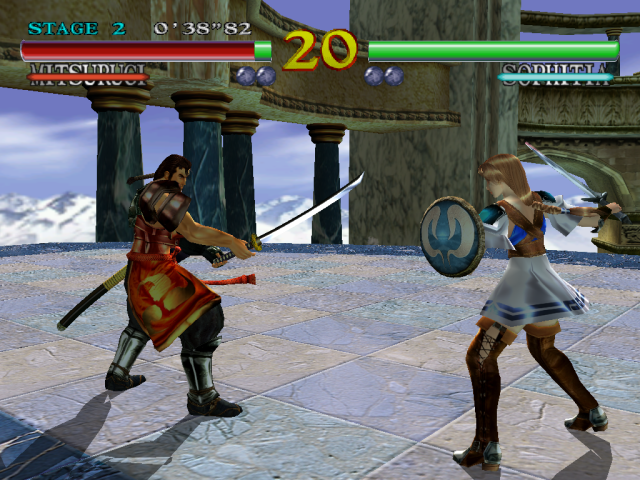 So come the release, I had ordered the game from mail order, because I was a poor student. On the release day, the game hadn’t arrived and would only turn up the next day. So I actually went to the shop, bought myself a copy, and then sold the other off to a friend. That’s how anxious I was to start playing.

And it was spectacular, obviously. The Dreamcast blew the arcade version away and made the wait worth it. Not only did it look fantastic, it played fantastically too. The new 8 Way Run system made the fights fluid and exciting, way more than the limited side-stepping of Soul Blade. It was also 60 fps, a huge step up from the 25-ish on a PAL Playstation. It’s interesting to note that the game basically dropped Soul Blade’s cast and made a new generation right away. Mitsurugi, Voldo, Taki and Sophitia stayed around, but Siegfried, Mi-Na, Hwang, Cervantes and Rock were relegated to unlockables, and Li Long was simply replaced. The new fresh trio of Kilik, Xianghua and Maxi became the heroes and Nightmare replaced Siegfried canonically – I was lucky to even have a playable version still. I never really accepted this new order and to this day I don’t care for those three or Astaroth. 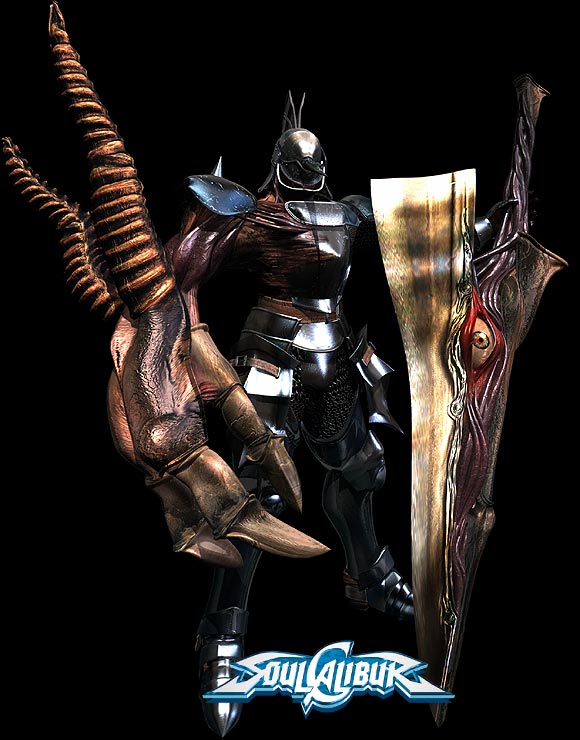 In any case, Soul Calibur was and is an amazing game. Even the arcade version, which I eventually bought, is extremely playable today. There’s such a cool feeling to it, an immediate sense of control. That makes it hard to judge later games. Even though they are bigger and even more complete, they can’t really replace this game. And it’s a weird thing to consider that this game was, at the time, the best looking game of all time. Not bad for Namco’s runner-up series.