For quite some time now, I’ve been working on a completely ”My Own Creation” Lego build. The set Council of Elrond was released by Lego and gave us Elrond and Arwen as well as some lovely pieces in new colours, but it was a very small build that hardly did the scene justice. So I set out to make one from scratch. 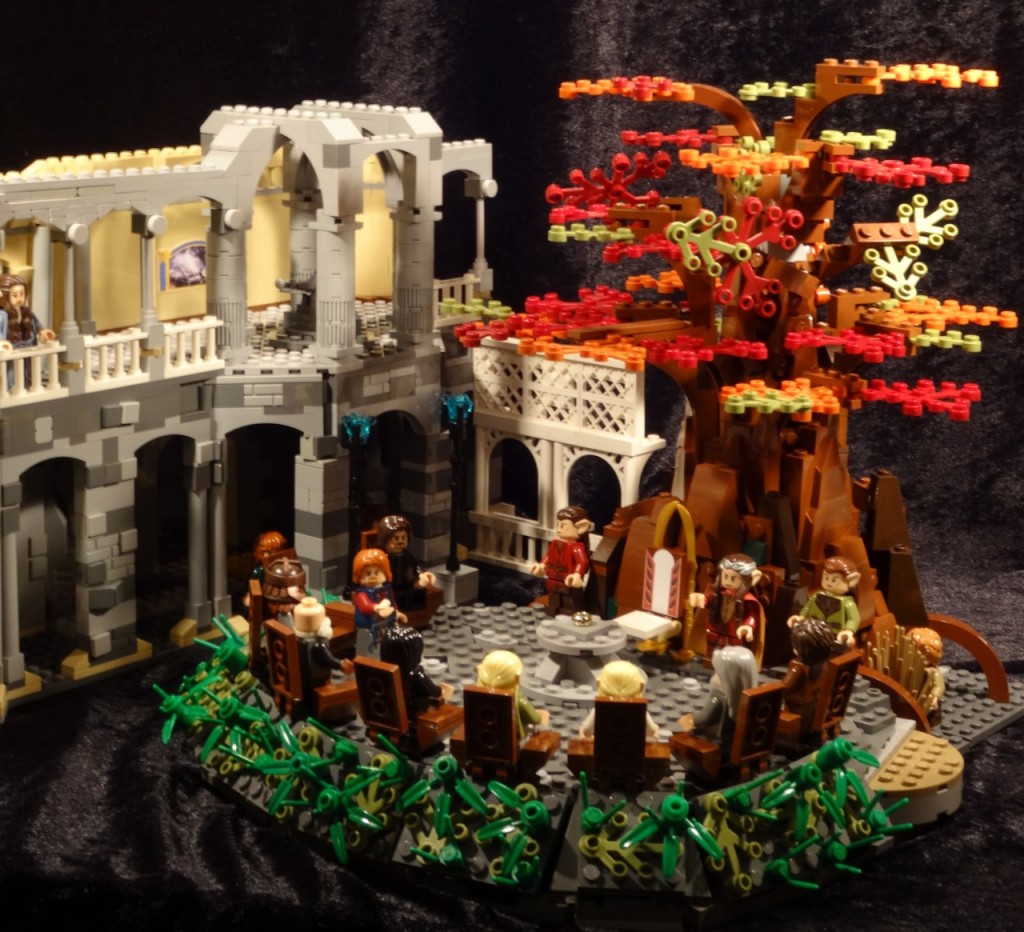 The inspiration was obviously the movie itself. Although only nine chairs will fit in a reasonable space (and I already spent enough buying three loose copies of the original set), I’ve tried to stay close to the look of the movie. The main area was built in a semi-circle and then raised up, and the sloped edge with shrubbery added after.

If you look closely, the scene with Boromir and Aragorn in the gallery where Narsil is kept, is actually a gallery overlooking the council area, so I wanted to incorporate that area too, even if it would mostly just be a backdrop. I built the statue with Narsil first, built the hexagonal domes around it and then designed the rest of the hallway. After that, I built the bottom floor which is mostly just random walls with some detail I added to flesh it out. There’s also a storage area outside the main entrance, for storing weapons and capes. No such things allowed in the council chamber (and now just how did Gimli bring that axe along?)! 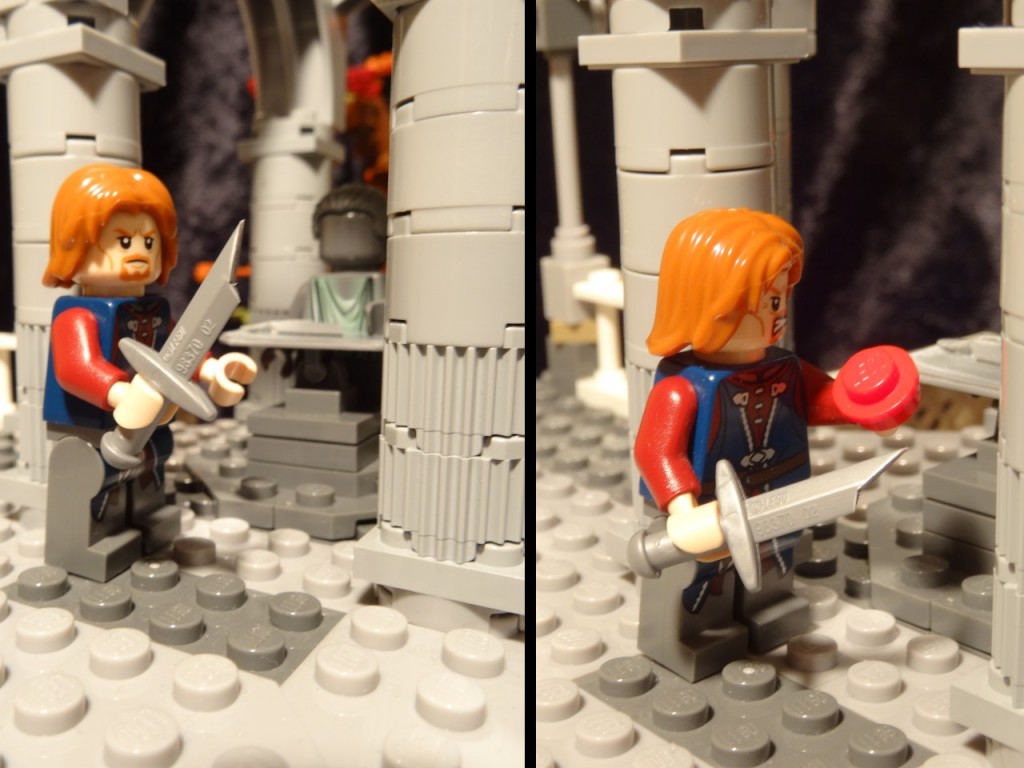 The tree was built in three parts. There’s a platform with some detail added along the sides, then a five-sided piece to get some height, and finally a major vertical piece that adds most of the brances. As usual, trees look better the more chaotic they are.

I probably spent way too much on parts for this, but I’m quite happy with the result. The final piece is modular and can be taken apart for easier transportation. I also found several new (at least to me) techniques, in particular when building the tree and the angled walls, as well as the top of the railings. It’s always amazing to see how pieces fit together in ways you never had even thought of, even with parts that have been around for decades. 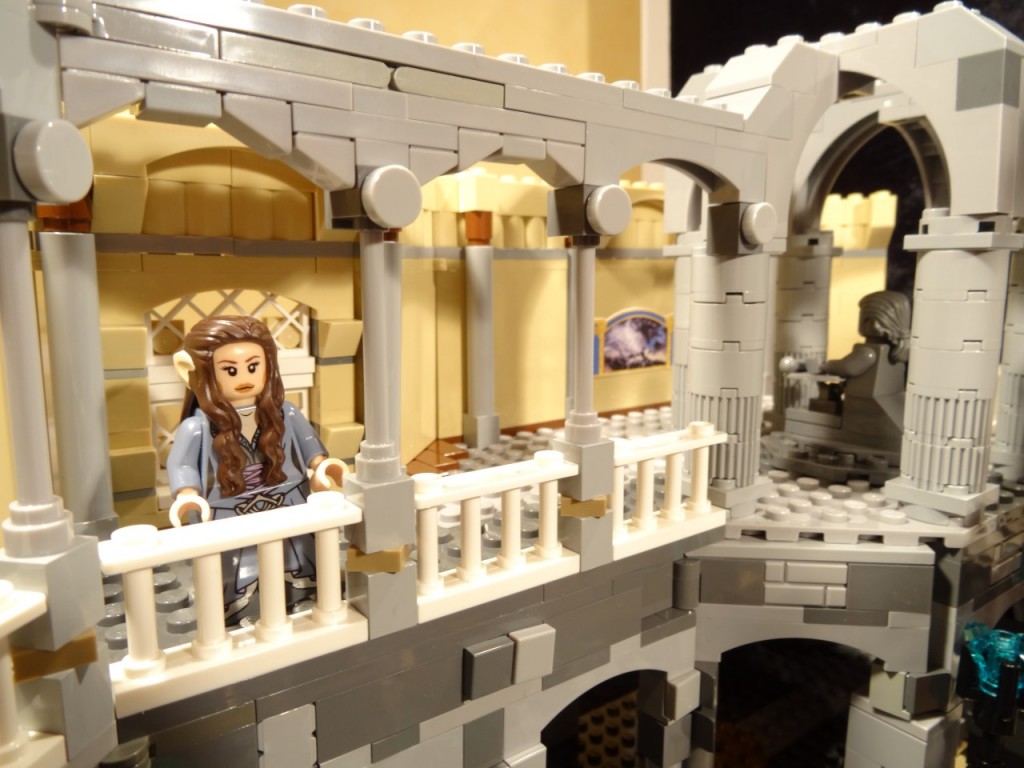 With this finished, I can start thinking about something completely original. As soon as my finances have recovered…