The new Harry Potter sets released slightly ahead of schedule, so I picked up this one without waiting for a better deal. For some reason, probably because it’s the best movie, the recent sets have heavily focused on The Prisoner of Azkaban, with the previous train set, this and a smaller Expecto Patronum set all covering events from there. Which is fine with me, since we’re getting new editions of several important characters.

Hagrid’s hut is a fairly compact but very detailed set, which uses some clever designs to achieve the rounded look. It reminds me a bit of Luke’s hut from the Ahch-To set, but it’s better overall. The two parts of the house can be taken apart, and inside is plenty of space for (fairly cramped) play if you want all the characters in there. There’s an unnecessary but nice feature with the fireplace lighting up if you press on the roof. Some of the random items inside include a whip, a cleaver, a spoon and, for some reason, Umbridge’s umbrella, which is a nasty little tease considering the figure herself is an exclusive from the Bricktober sets. Outside there’s a small patch of pumpkins with a pole to tie Buckbeak to. These pumpkins are new for 2019 and useful parts, and we get four in this set. 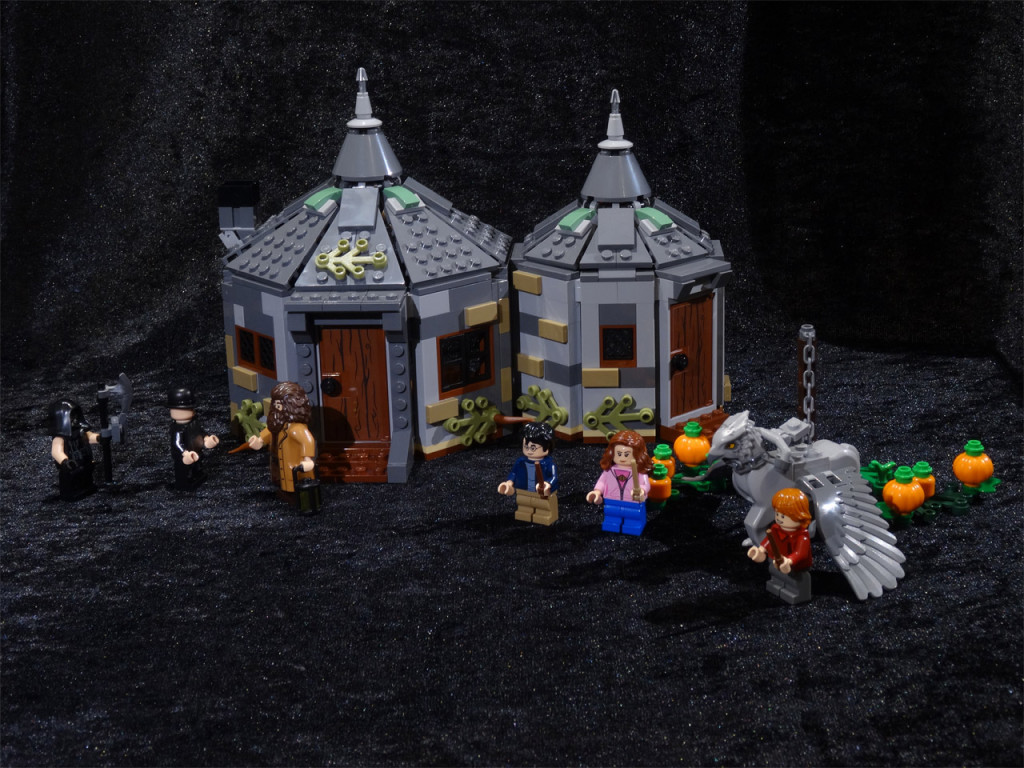 For a relatively small set there’s a nice selection of figures, although they couldn’t really have gotten away with fewer. Harry, Hermione and Ron are all appropriately designed for the time, using the medium length legs in different colours which is useful. The faces look distinctively older than the child versions which might be a little too soon for that period, but it’s nice to get alternatives. These are also different from the CMF versions (which look yet a little older), so overall we’re getting a ton of age options for these figures.

The minister is appropriately dull, so there’s not a lot to say about him. The executioner is a funnily dark character for a Lego set, but unfortunately he shares the same lousy production quality as several other characters with flesh print on dark parts, as he’s basically skeletal in appearance. Then there’s Hagrid, who is an awesome figure that was previously only available in the most expensive set. 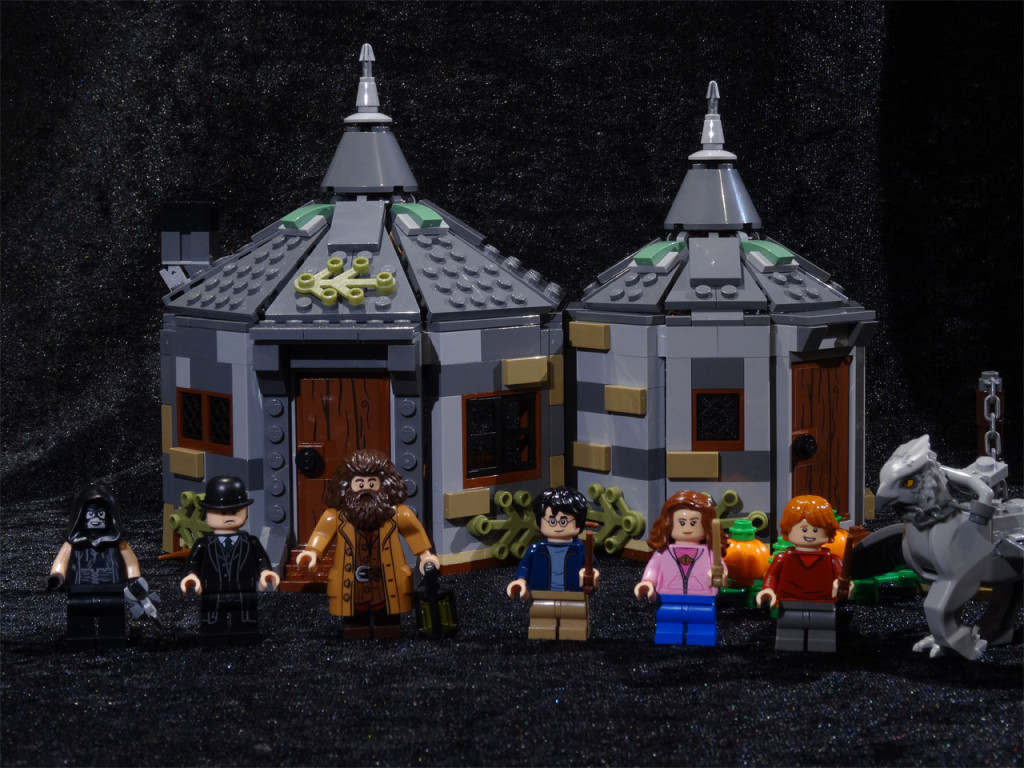 I must admit that I got this set mostly for Buckbeak. When I finally watched the movies I wanted to get him in Lego form, but the previous one was really early and looked horrible, from before Lego revamped their creature designs. This one is really well made, simple but stylish. He has a unique body but lacks the posable rear legs of the horses and big cats. It’s great to have him, and I wonder why Lego spent extra on making him. Could we perhaps hope for a reuse for a World of Warcraft theme?

However, the good production values come at a cost. 699 SEK is quite high for a set of less than 500 parts. I wouldn’t have bought it at this price if it wasn’t an opportunity to get it early. For the volume of stuff, to borrow an expression from Jangbricks, it’s way overpriced. However, there are four currently exclusive figures (Harry also comes in the other Azkaban set), the awesome Hagrid figure and a great modern take on Buckbeak. So for the impatient Lego Harry Potter collector it’s worth it. For everyone else, I’d recommend waiting for a better deal.