For the past few years, I’ve been drawing pictures of the characters we used to play in ICE’s Middle-earth Role Playing system (MERP) back in the nineties. I began with my own favourites but as they were completed I turned to others, some of which had a picture drawn back then but some I had no idea how they looked. That was the exciting part – finally deciding on a look after all this time. Then, when I once again ran out of reasonably interesting characters to portray, I wanted to make physical versions of them. As I had become interested in Lego again, it was an obvious choice. Thus, here’s my collection so far.

Shaana Meneghan
Shaana was my first character when returning to MERP in 1995 after some time with Mutant. Initially based on a character in Ultima VIII, she was later inspired by Laurana in Dragonlance. Shaana is an adventurer to the core: she’s brave, strong and independent but she’s also rather naïve and has difficulties fitting in a civilized society. Daughter of a southern trader and a rohirric woman, she grew up in a small town in Rohan. After the death of her father, she befriended the guard Kerryn who taught her weapon skills and gave her a strong sense of justice. She gained her armor and the mighty Dragon’s Toothpick sword after defeating a wight in a tomb underneath Eriador, but was forced to relinquish this sword after a misunderstanding regarding a thief, a stolen purse and due legal process. Eventually, she replaced this with a new eastern styled sword named Dragon’s Fang. Shaana would, after we stopped using her in the game, ultimately go on to defeat a drake in the Misty Mountains and live a long and prosperous life as an adventurer. 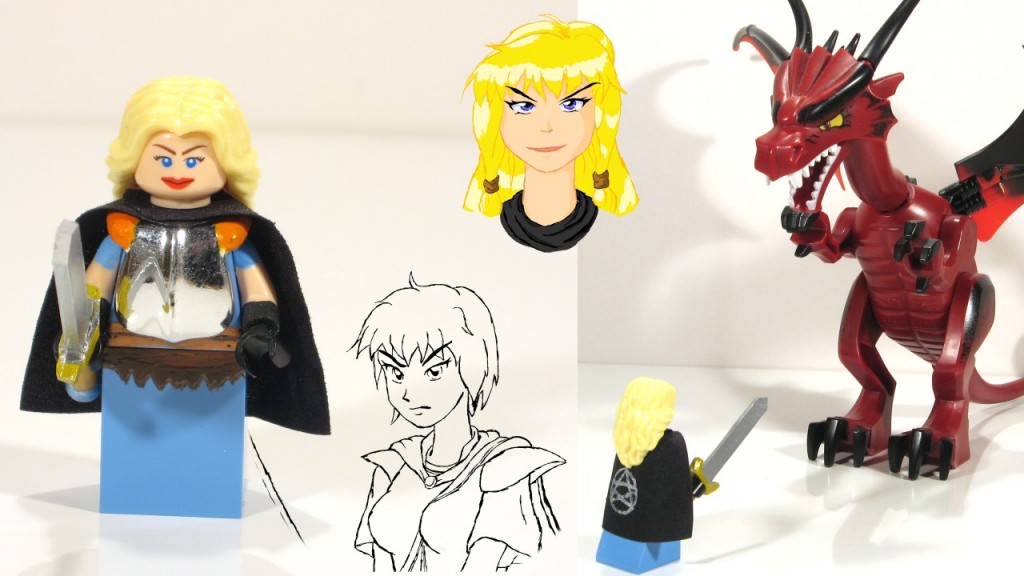