Even though I was interested in Lego Space for a long time, I never got that many sets from any given theme, and they tended to be the smaller sets. As such, I had three tiny Futuron sets from the late eighties, but any larger sets eluded me, especially the amazing monorail. Some years ago, I found a store that displays and sells old sets, and I picked up the Futuron Stardefender 200 fairly randomly. It wasn’t the best ship, but it had a pretty cool look. Later I went back and splurged on the actual monorail, which still has no permanent place since it’s so damn big. In any case, I had built a temporary Futuron display on my kitchen table and had the Stardefender there as well. And looking at it, I noticed that it actually is a pretty sleek design. There is a curve going from the front to the back, over the cockpit area. So I became interested in making an updated version. 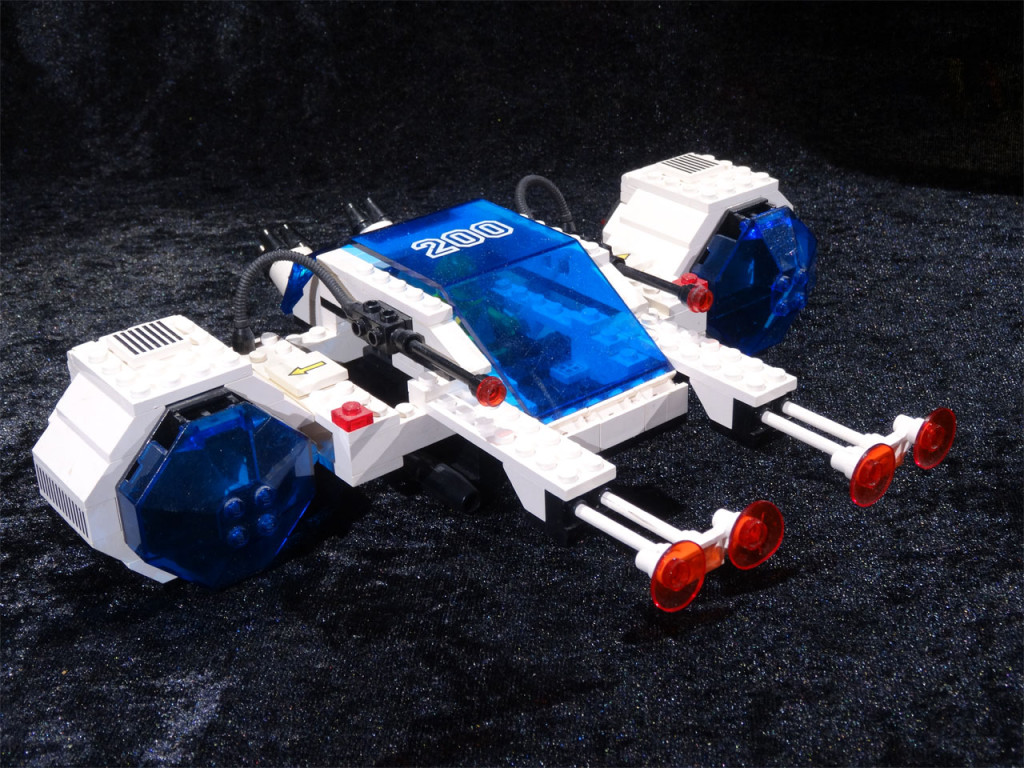 I sketched out the ship on paper and then set to work in Lego Digital Designer. The idea was to replace the angular shapes with rounded ones, which generally weren’t available in Lego at the time. I kept within the same size and proportions but did very few actual changes. One was putting the engines in the back on the structure of the ship rather than attached to the canopy. I felt that this was a natural way to finish off the curve. Another was adding landing gear, which are actually slightly flexible. The side pods became rounded off and are built at an angle. I also tried to make a sleeker connection, but it didn’t prove possible to build it solidly enough with SNOT construction, so I used the Lego standard of Technic squares as a base and just added the white rounded shapes on top. 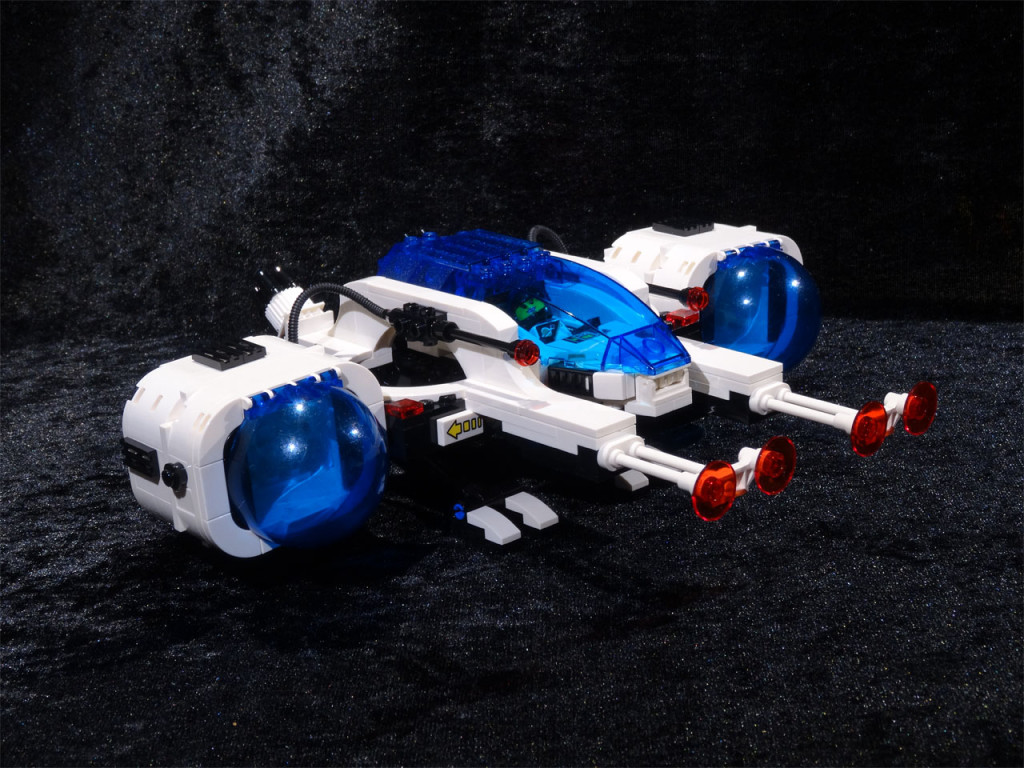 One additional change was making an actual cockpit area. This wasn’t too detailed in LDD because it’s hard to work properly in cramped areas, but once I had ordered the necessary parts I added more detail in there and made a comfy seat and tiled off the back. The canopy is based on a recent front section but is then filled out with regular transparent blue bricks. It all hinges up just like on the original. 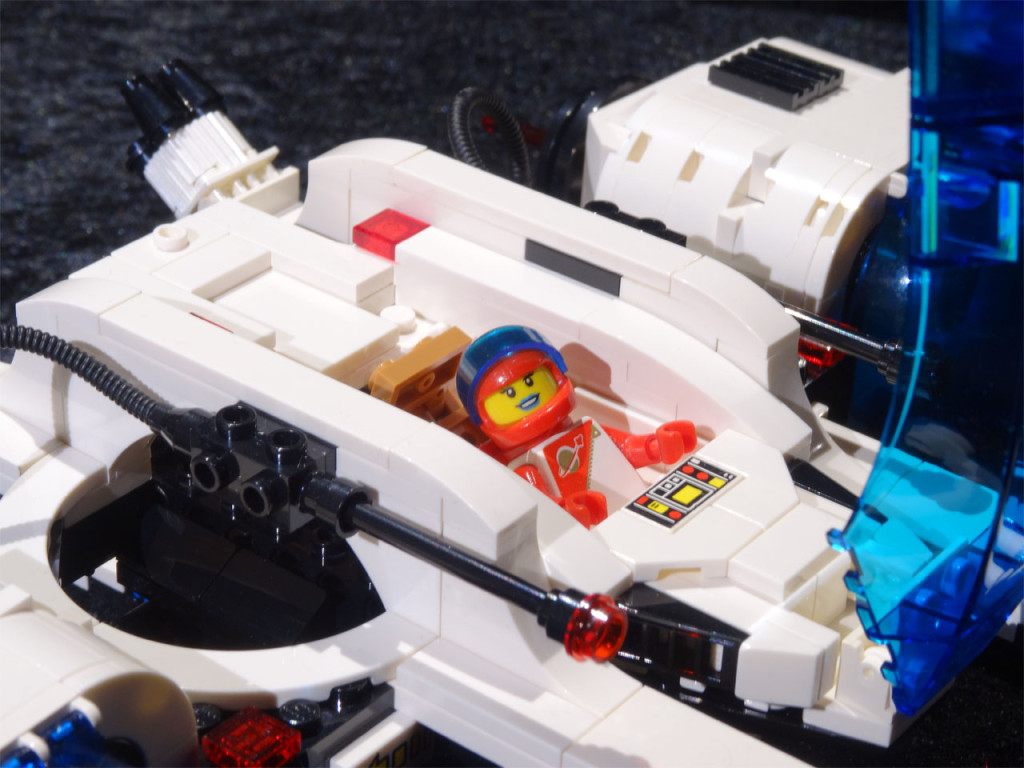 Overall I’m quite happy with the end result. I think I managed to capture the general idea of the original but update it with both modern techniques, modern parts and modern durability. The only actual old parts are the blue domes that had no new equivalent, and the figure and printed panel inside. 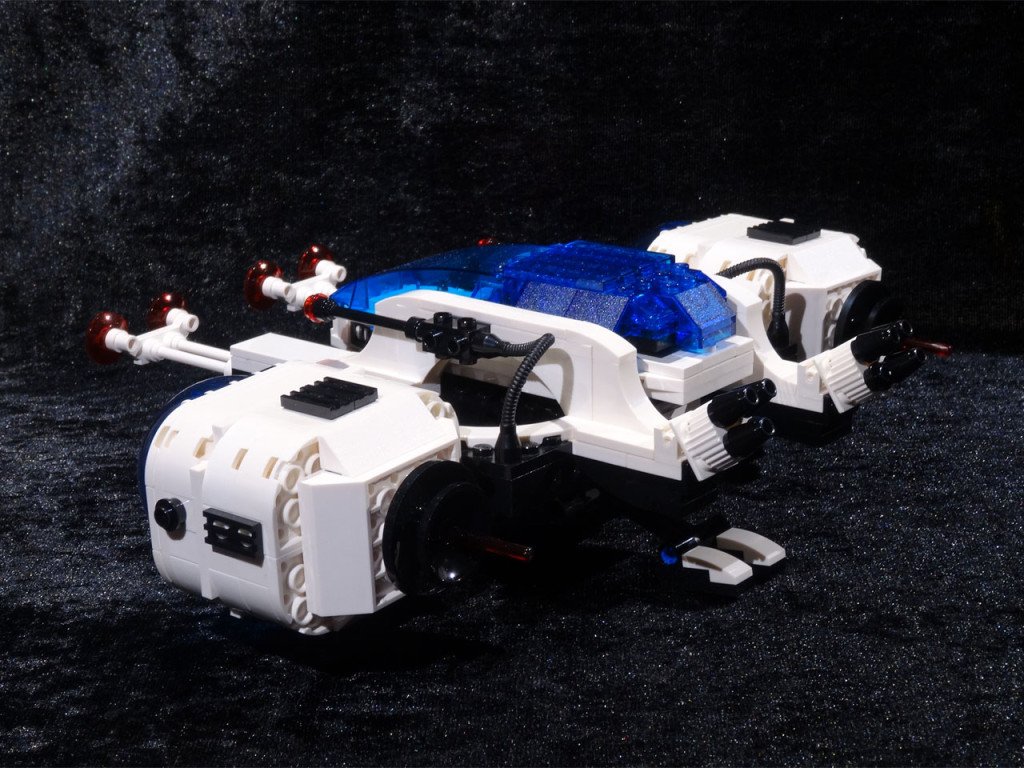