This modular house started from experimentation. I wanted to use some of the new 2017 parts like the wedged jumpers and the curved tiles, and at the same time not have to order a bunch of parts specifically for this. I ended up tearing down my old Downtown Dojo to free up a ton of brown bricks since I wasn’t entirely happy with the looks of that build, but I had everything else in my collection already. Well, not counting a Brickheadz Belle, the Nether Railway and a Star Wars set I got to finish off the roof slopes. 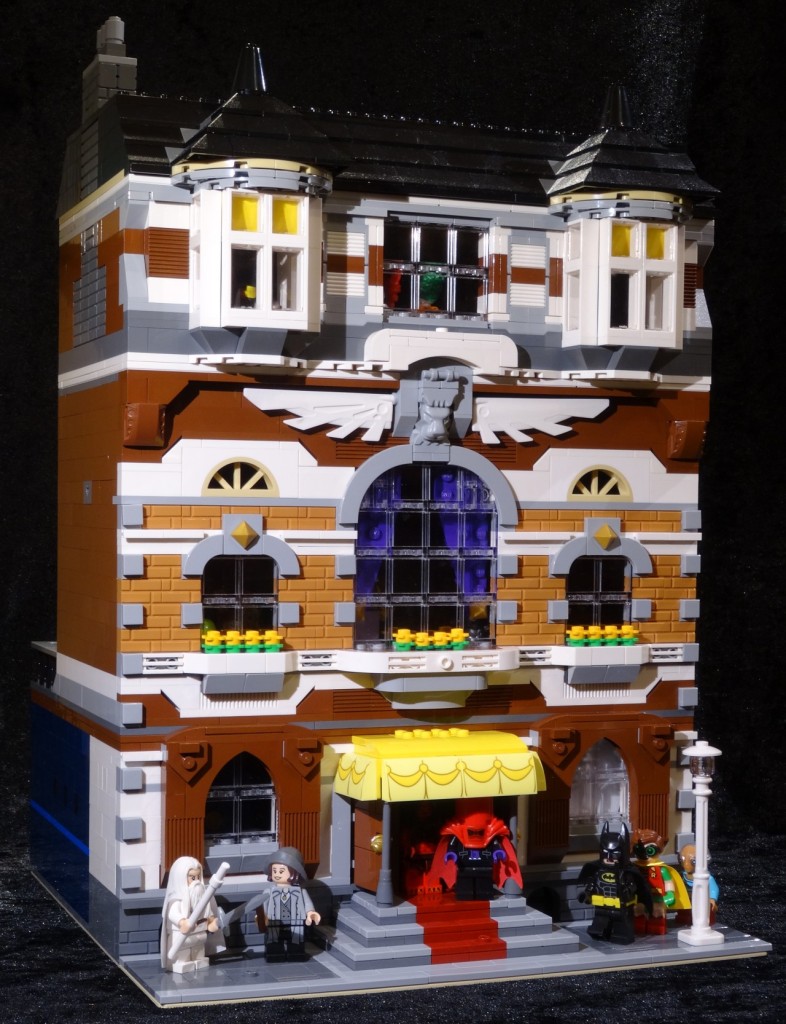 First, let’s have a look at the outside. I was vaguely inspired by a hotel when I built the front stairs. The awning is obviously made from Belle’s skirt – I wanted to use it for something as soon as I saw the figure. I ended up not having that many new parts on the bottom floor but wanted to have a variation of textures and depths. The second floor has the most attention to it, with the huge main window. The new slopes were useful for the flower boxes and for adding diagonal sections closer to the arches. I topped it off with a lion head and luckily found the white wings in my collection. Also noteworthy are the big curved tiles – these are held on by transparent Erling bricks in the window. The top floor is simpler, as I avoided using any hinges for the window sections like on Green Grocer. Instead I focused on doing SNOT work on the walls to add sub-stud detail. 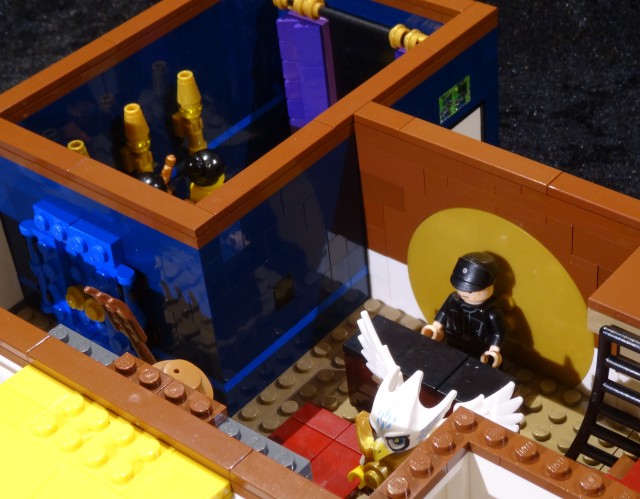 With that out of the way, let’s head inside! The bottom floor has the reception, where I went to great trouble to mount a circular golden plate in the wall. There is a toilet retrofitted on the right – inspired by such an installation in another old building I visited. On the left is a stand-up scene for budding comedians. 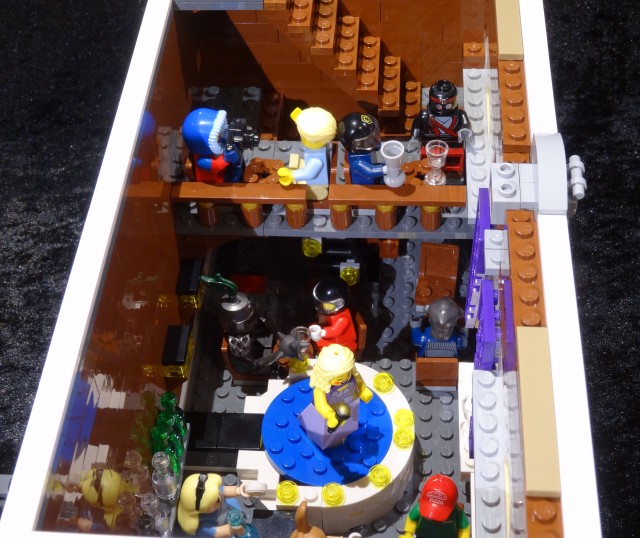 Once you head up the stairs, you arrive at the double height bar and performance stage, which has a stage in the middle. The stage rotates using a lever on the back of the building. Since I already made a bar in my hotel I didn’t spent too much effort on this one. The idea is mostly to add room for plenty of unused figures. Going up the stairs you pass a balcony overlooking the bar with a few more tables. 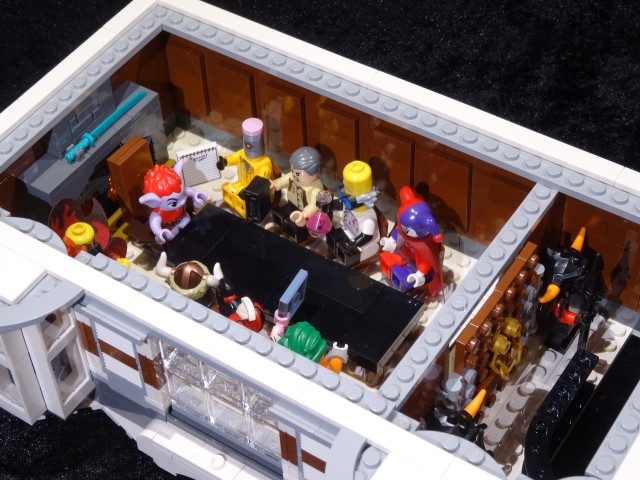 The top floor houses a big room guarded by sturdy lava monsters. Although the room is a more traditional boardroom, I was inspired by playing Yakuza 0. Here all the minor villains that I don’t care to have on display in my city can plan their villainy.