I don’t remember exactly how this came about, but I have had plans to build a Green Grocer copy in another colour, and it would have been interesting to make a pink one as a flower shop. I realized that it would be fairly dull, even if Green Grocer is amazing, but I held on to the idea. The proper design got started basically from a single piece – the Minecraft Enderman body. I wanted to use it as some kind of architectural feature, mostly to try the limits of the part. It turns out that it’s not too bad. The neck can be covered with a simple 1×1 round brick or an offset regular brick, and there is room between the legs to fit a standard rod (now that sounded dirty). 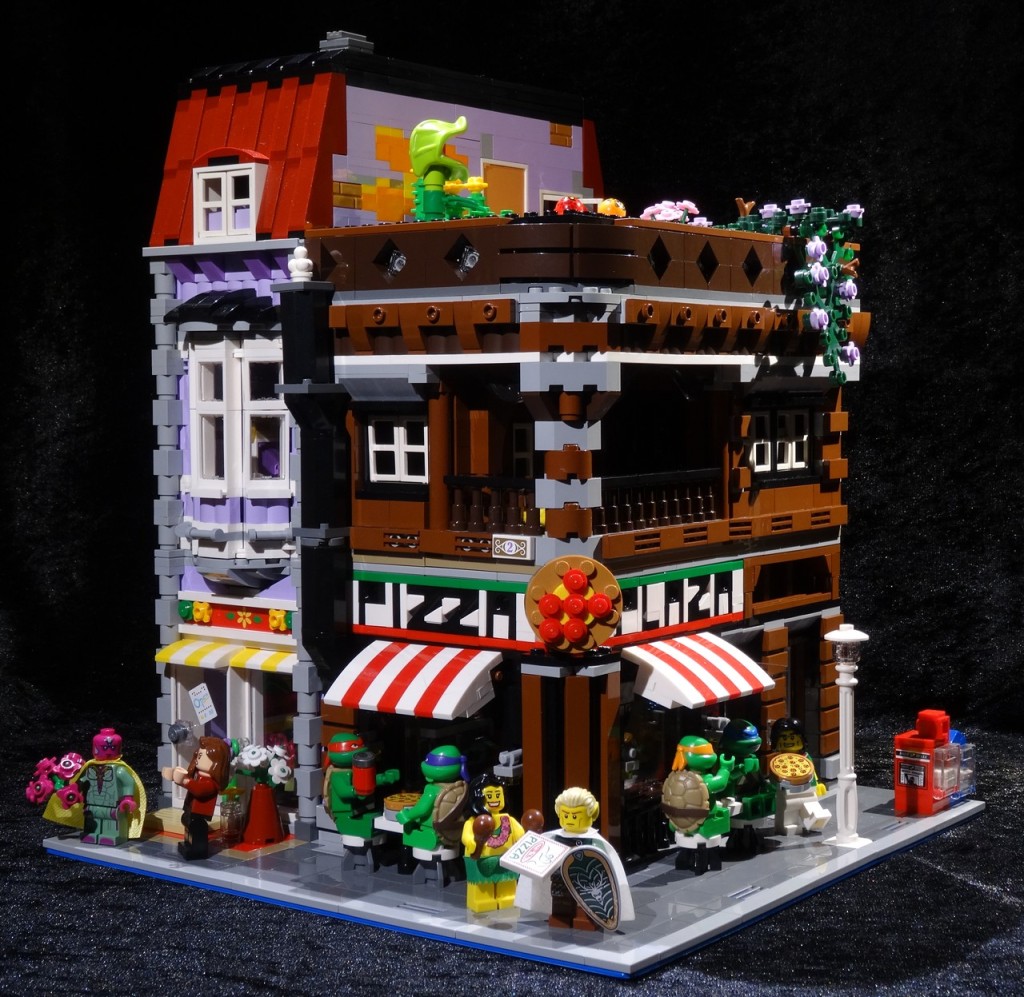 The next part was figuring out the sign. It’s fairly straightforward building, but the upper parts of the Z:s are mounted upside down using the ever useful tile with pin (which is quickly becoming one of my favourite parts). I then used another brand new part, the handle for Spider-Man’s web, to build the curved corner on the bottom floor. After that, the face of the building isn’t too complex, although I found a good use for the Elves black ”flames” as decoration on the balcony. Some old octagonal piping let me build a suitably tacked on chimney. 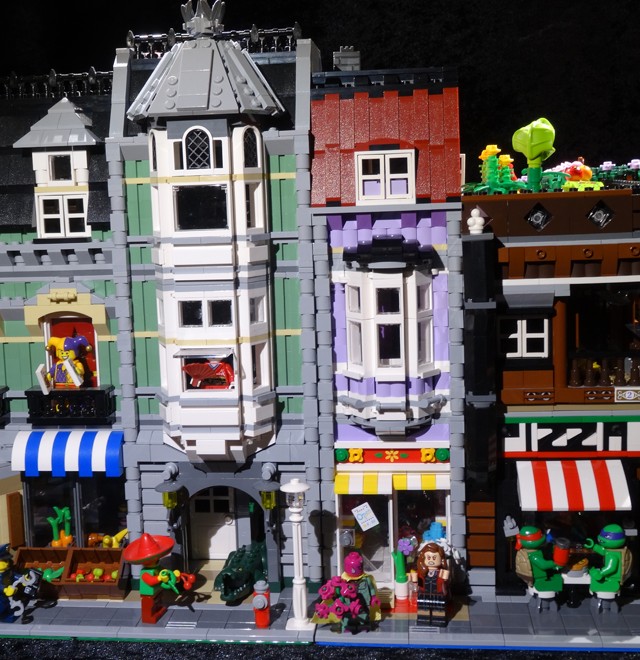 The outside of the flower shop takes a lot of cues from Green Grocer. I was happy to find a printed brick (from the 70′s!) with a flower pattern for the sign. The bottom of the bay window is mounted upside down. The window itself is fairly simple though. Also note how the purple flower outside is mounted using the tile with pin once again. 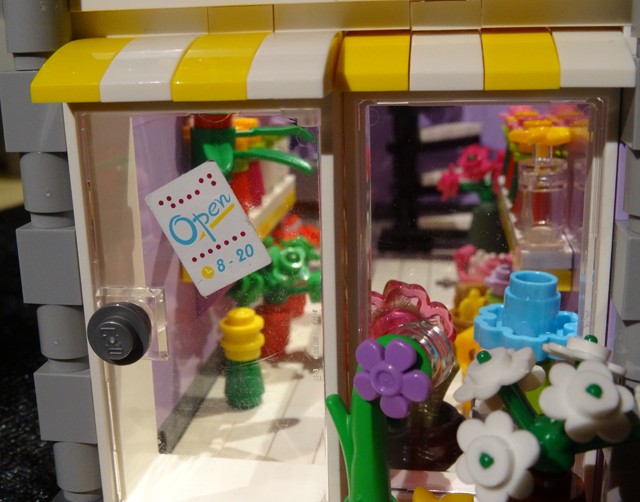 Right, let’s head inside. The Pizza Plaza is owned by Arsenio, a former Italian football pro, who now makes the best pizza in town (attracting certain amphibians, no doubt). The inside is a bit cramped but I wanted to include lots of typical pizza restaurant items like the baking table, the oven, an aquarium and a few arcade machines. Some football shirts that Arsenio traded in his matches also line the walls. 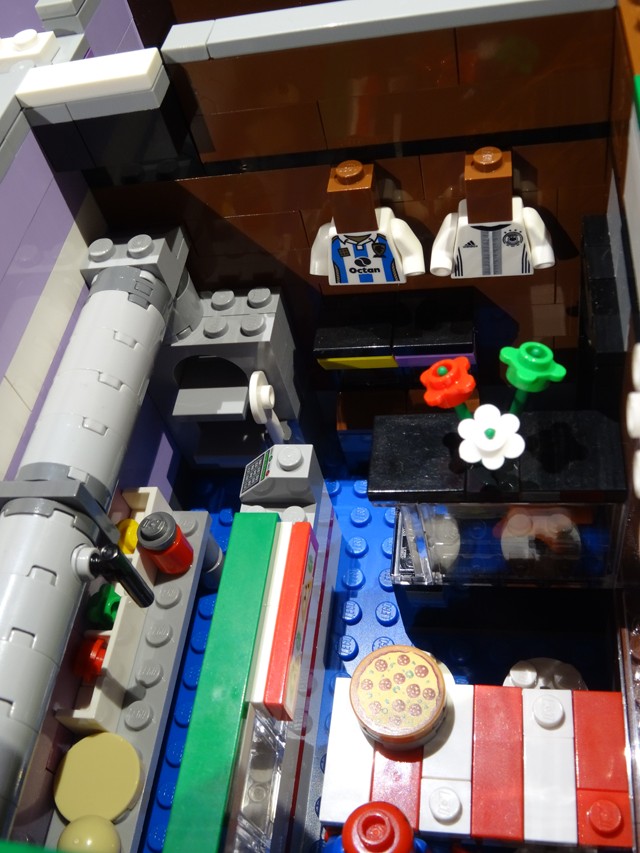 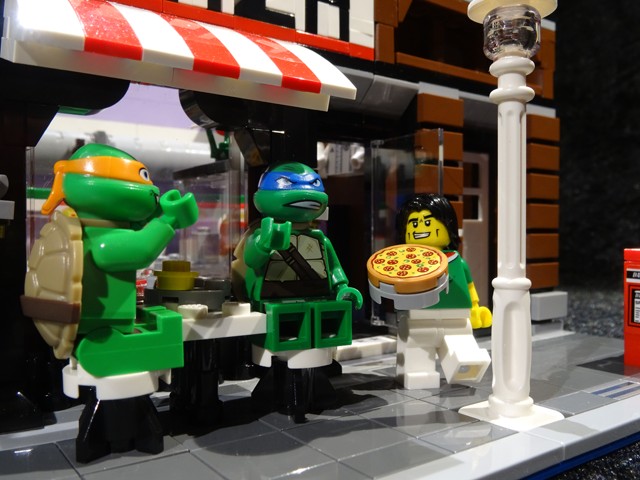 Upstairs is his apartment, where the hallway has a trophy cabinet from his championships. The big balcony includes some recushioned Elves furniture, while the bedroom has a dark green bed partly inset into the panel wall, and some purple decorations mounted using, yep, you guessed it, the tiles with pins. 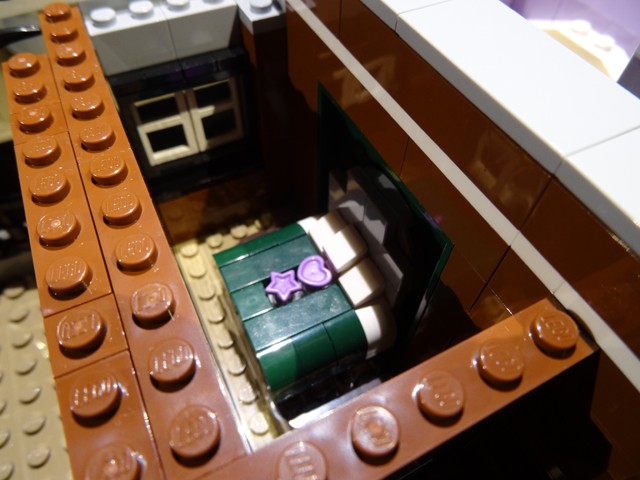 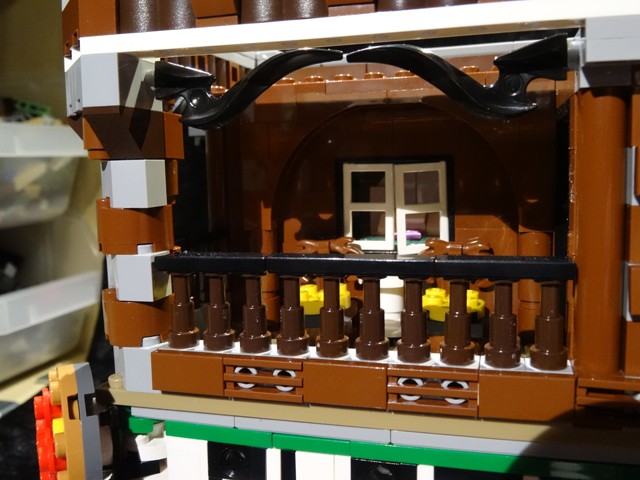 The roof is theoretically his, but it has been taken over by his sister, Jolanda, who also owns the flower shop. She does grow some herbs for him, but mostly she experiments with exotic flowers (including the elusive lava flower, Nexo Infernicus). A wall painting livens up the slightly worn wall. As we head inside the top floor of the flower shop, we find a pottery workshop where Jolanda makes and paints the colourful pots for her shop. Down the ladder is her apartment, which is mostly lavender just like the rest of the building. She has a cozy kitchen (and some Disney branded cups) and a bedroom overlooking the street. 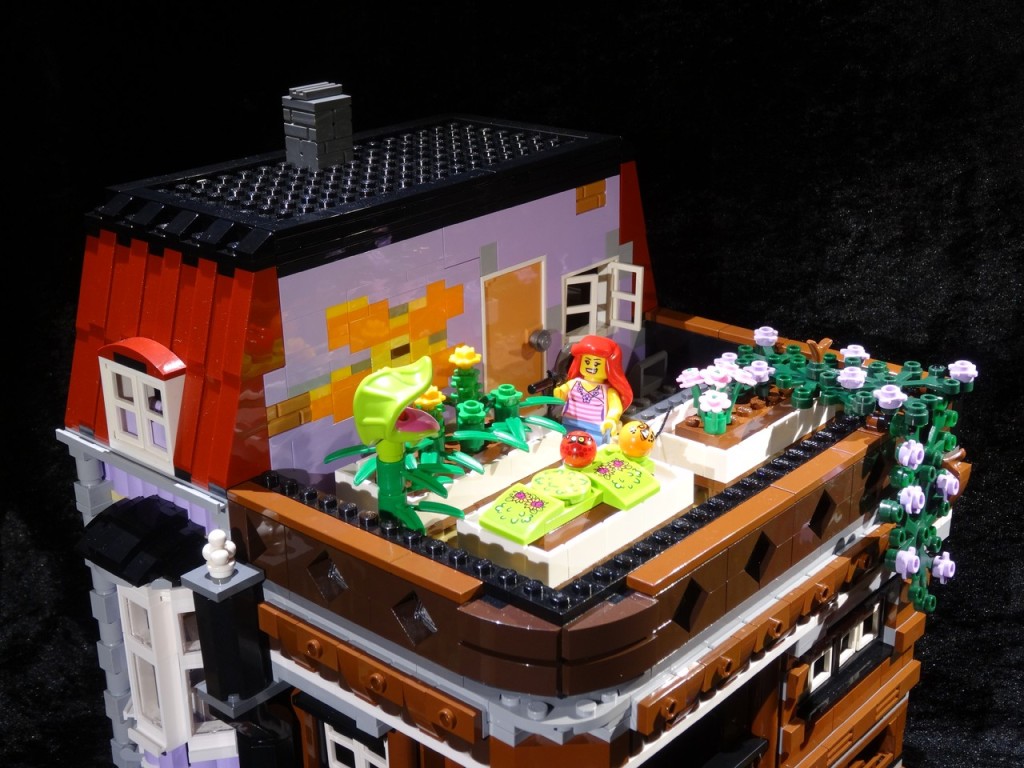 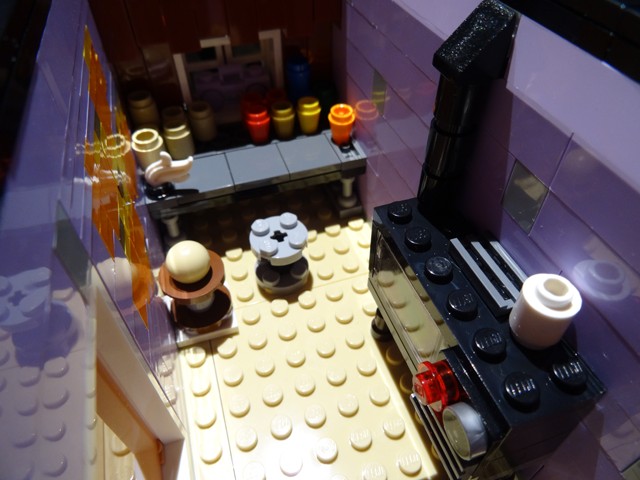 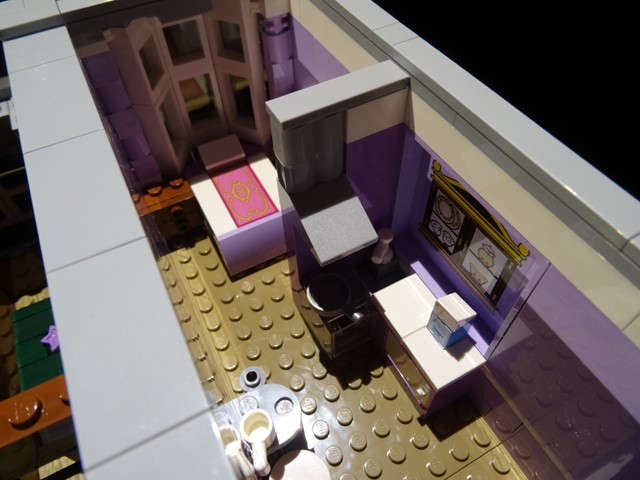 Then we go down the spiral staircase into the flower shop, which is just filled with all kinds of flowers. A seller sent me the octopus part as a bonus (probably because I ordered all that lavender) so I repurposed it as some kind of huge flower decoration. 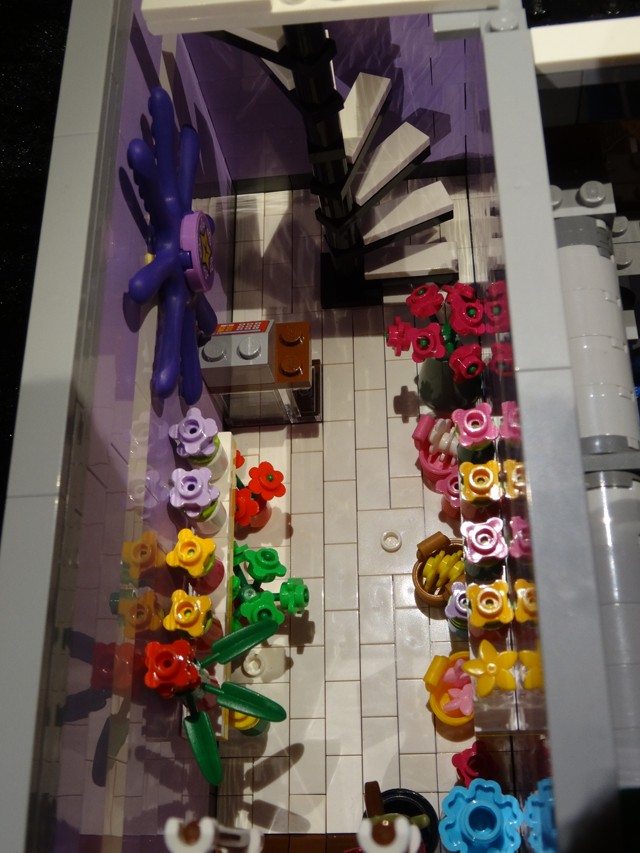 This build was designed in LDD, although without most of the internal details and some parts that haven’t been added yet (and might never be). I actively tried to use parts I already had and reuse parts already in the design, but even with a ton of spare Friends and Elves parts I had to buy the bulk of the lavender. It was worth it though – making an entire modular out of it might be too much, but it’s a nice soft colour in sort of a ”sand pink” way, and many of the necessary parts exist.