Mr Goldsworth was not having a good day. His venerable establishment, the Grand Emporium, was facing bankruptcy after sixty years in business. Apparently the inhabitants of Lego City weren’t interested in buying overpriced jewelry or doll houses anymore. However, one man’s ruin is another man’s opportunity. Up and coming entrepreneur Trevor McRadpants bought the building for cheap. 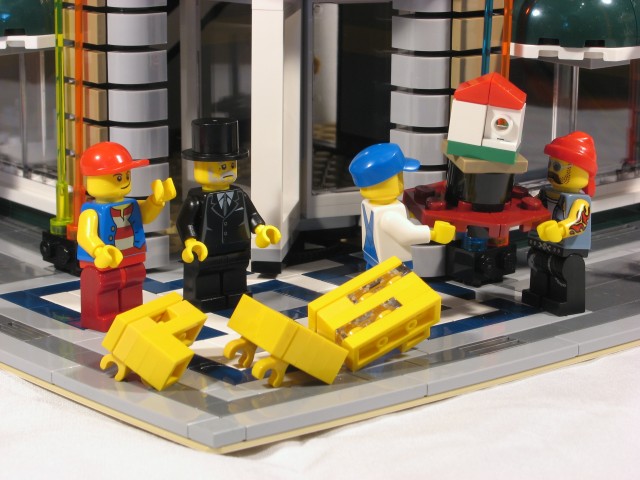 And after a short period of redecorating, Trevor created the hottest establishment in town, the Trendy Arcade, filled with all the latest in top-of-the-line video games, instantly attracting a huge clientele.

”Oh man, what a great idea! Arcades truly are the future!” 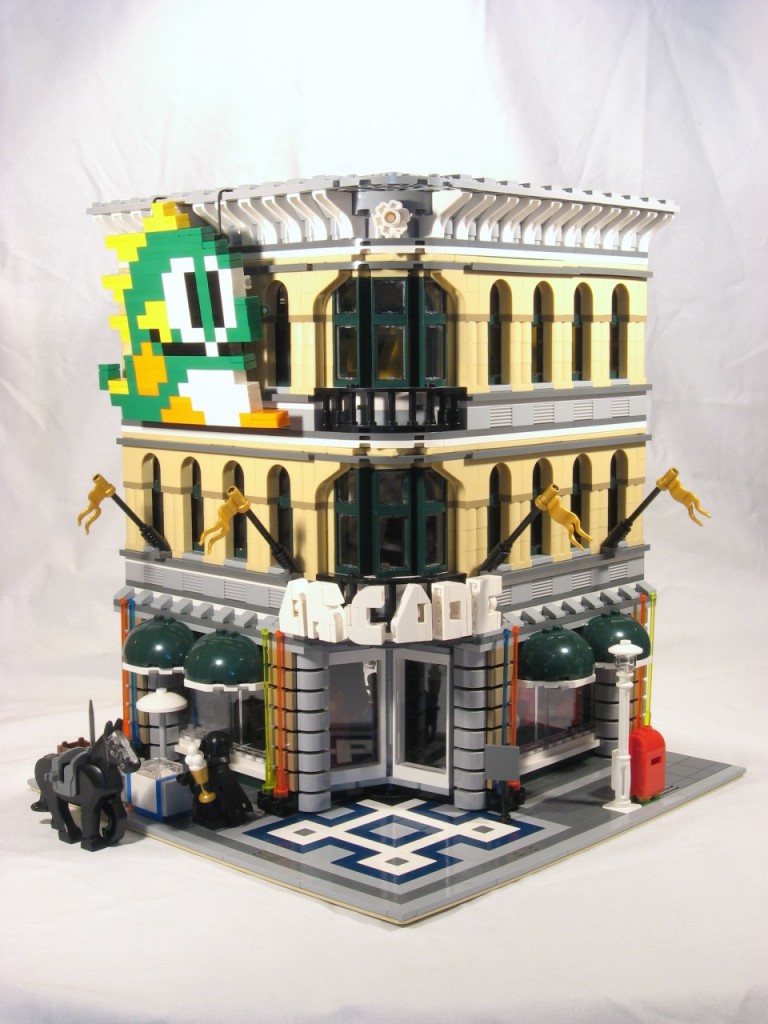 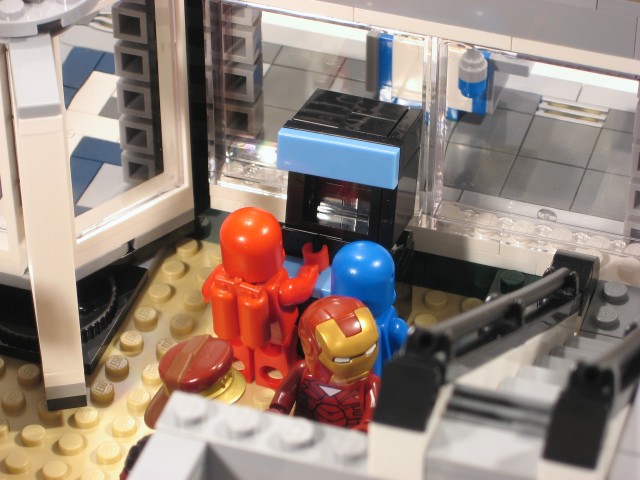 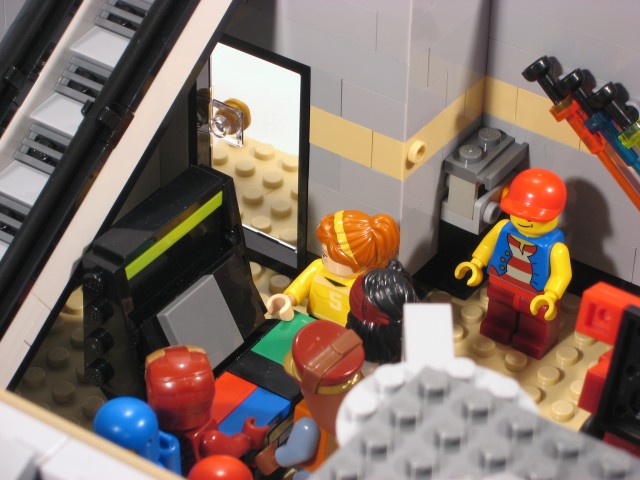 ”Billionaire needs food, badly!”
”Shut up, Stark, and take down that spawn.” 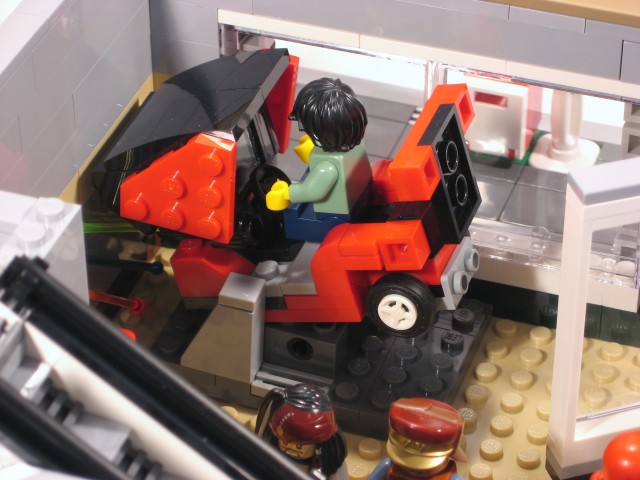 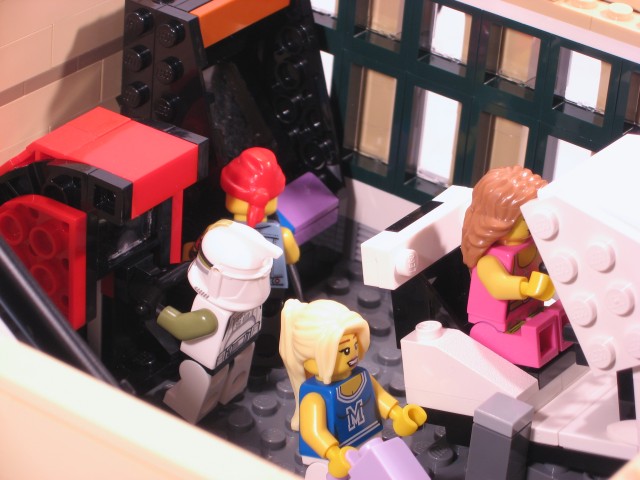 ”Disc error? What on earth is a disc error?” 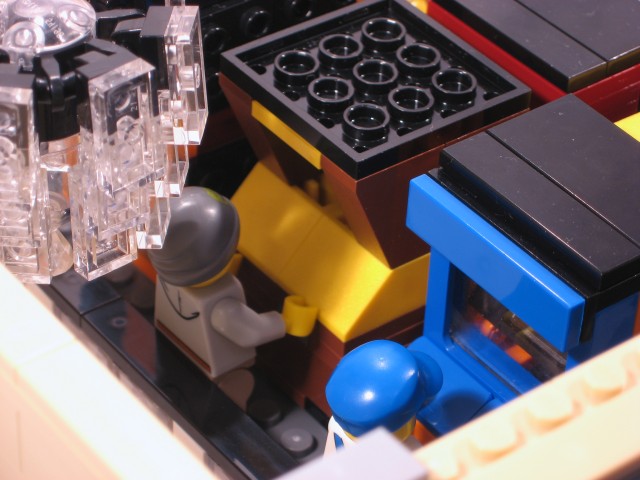 ”Wow, they still have this classic!” 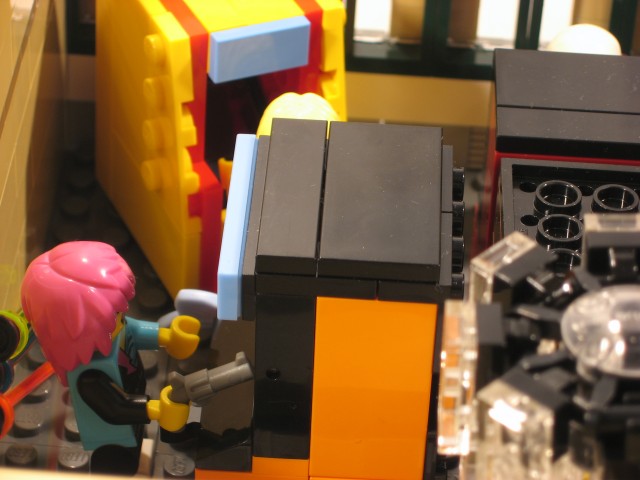 I initially planned to do something similar with Palace Cinema. I liked the exterior of it, but I was rather disappointed by the actual cinema part, so I was going to turn the bottom floor into an arcade and rebuild the top floor into a trendy 80’s era apartment filled with cool gadgets. Then I stumbled upon the Grand Emporium in a local shop and while the original design isn’t too interesting to me, it has a ton of floor space, especially with some rebuilding.

The building itself is mostly unchanged. I’ve extended the floors (since I’m not gonna put any additional escalators in there) and added some neon lights to the walls, although I kept the chandelier. My inspiration was partly the old arcade at Trocadero in London, which was a rather fancy place at the time. I made minor changes to the outside as well. 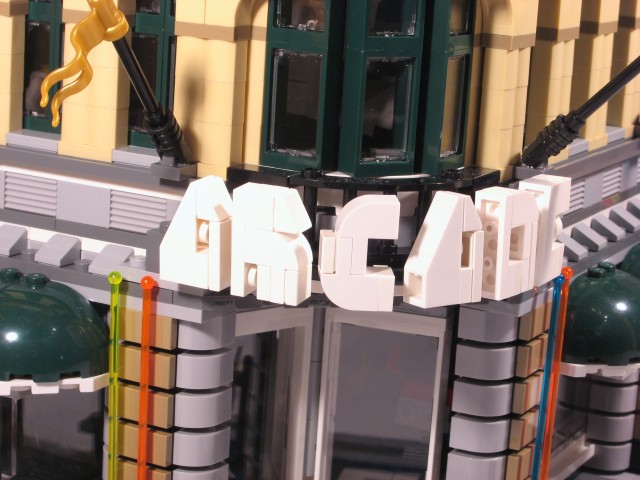 The Bubble Bobble wall decoration is simply a sprite rebuilt with 1x plates, with a few supporting rods on the back. The ARCADE sign was fun to do and make sure it fit on the original bendy tube.

To have an accurate inventory of arcade games, I decided to set it all in 1986, so I could include Bubble Bobble. Then I looked up what other popular games might be around at that time, and built an assortment of cabinets. I wanted a few deluxe ones and some more standard. I kept building them with spare parts and then copying them into Lego Digital Designer until I ran out of floor space inside the building. I then made a few orders off Bricklink for all the parts. 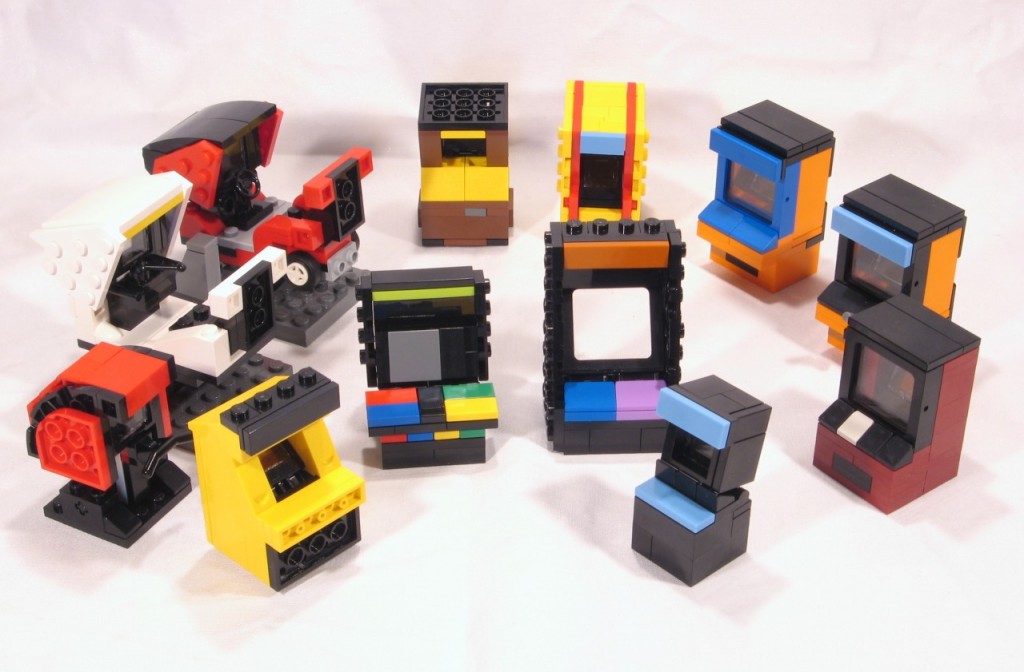 I’m not a really experienced builder so I took the opportunity to play around with building in non-standard stud orientations. All the cabinets are different (although some obviously have similar designs) and I’ve made sure to have accurate screen alignment. Most of them could be wired up with lights. I decided not to make marquee stickers or screens for now, as I’ll mostly have these stored inside the building up on a shelf anyway.

For fun, see if you can recognize all of these!