Cowabunga! Err, do they really say that still? I used to be a huge fan of Teenage Mutant Ninja Turtles, like everyone else around 1990, but I never really got back to them in their later incarnations. I did note that they have had a bunch of really cool figures, but I wasn’t quite interested enough to make an order. When I stumbled on the entire set in a collectible shop though, I had to buy Donatello as he was my definite favourite. It’s actually quite possible that he influenced me to start practising jodo. 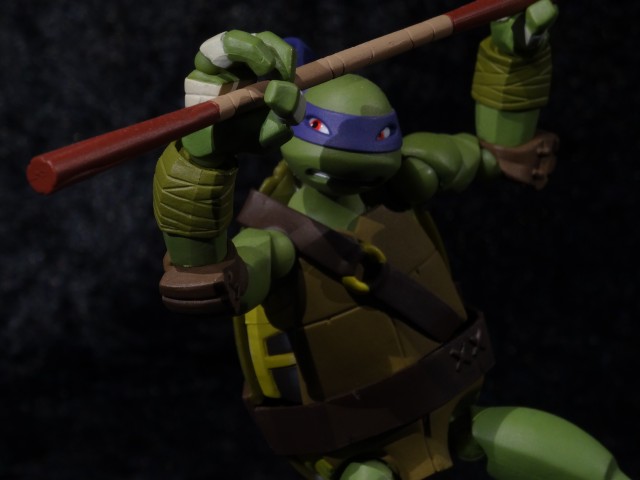 There are three major figure lines in this particular size category: Revoltech, S.H. Figuarts and Figma. Generally, Figma has the best details and quality on animated figures while Figuarts excels in realism and film characters. Revoltech was the first to make super posable figures in the 1/12 scale and they have generally fallen behind. The plastic feels clunky and the joints are all generic balljoints that don’t really allow for good posability. 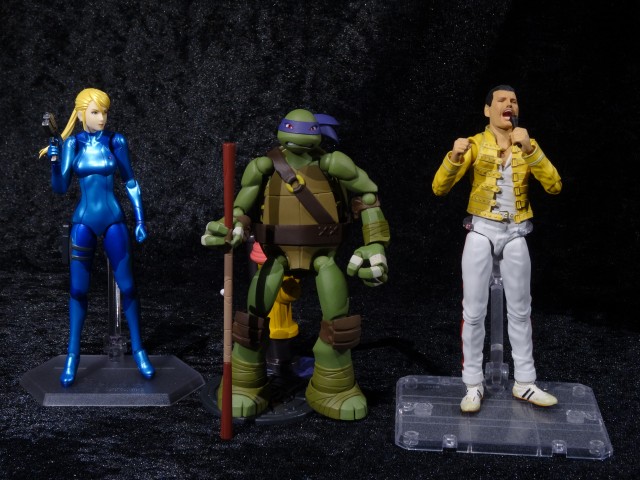 Donatello is no real exception. It’s hard to judge his overall posture, as he’s based on the Nickelodeon cartoon designs. His arms are hard to pose in a relaxed way, but as long as you do some kind of action, he works alright. An impressive feature is the ability to move his eyes using the knot of his headband – this vastly improves his expressiveness. With his oversized hands there is even finger articulation which makes it easy to grip things, and the big feet make him stable enough on his own. 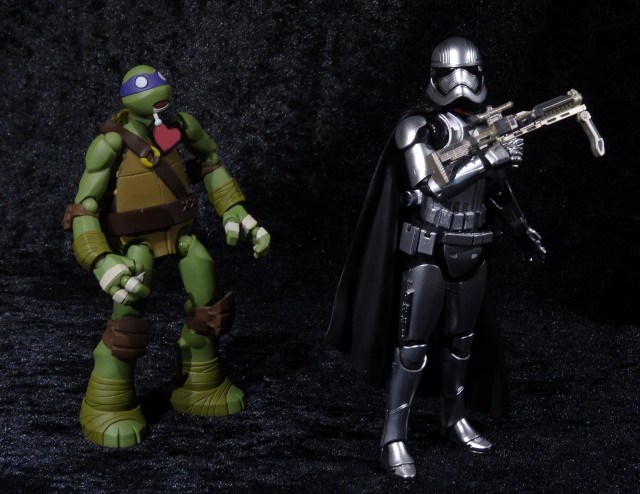 The figure doesn’t come with a classic stand, but there is a fire hydrant which doubles as a connection for another balljoint that plugs into his butt, for leaping poses. Apart from that there are few accessories. He has an alternate head with a clamouring look, including an extra heart to wear outside his shell. He also has a bladed staff but sorry, Donatello fights using a bo and that’s that.

There’s not that much to say about this figure. I’m guessing that all four together would look really nice, but Turtles is a franchise that I’ve mostly left behind and a token representative like this is enough for me.