It’s quite exciting to follow the career of Sarah Alainn. Only a few years ago, after noticing her on the fantastic Xenoblade theme ”Beyond the Sky”, I could only find a few practice videos from school sessions on Youtube. Now she’s doing all kinds of promotions and collaborations, and happily she’s still making just the kind of music I enjoy – sweeping, powerful ballads.

Her third album, F, is no exception. Thematically, it comes a little closer to the first album Celeste than the poppier Sarah, especially the extended edition released earlier this year. There are more classically inspired tracks like ”Air”, ”Pie Jesu” and ”O Holy Night”, the last of which was recorded with a Vienna boy choir. It’s also one of few Christian songs that I really, really love despite having no trace of Christianity in me, but generally I prefer it with a male singer.

Sarah, as usual, tends to veer a little too much into high soprano tunes, which is impressive but not quite what I want. As such, several songs are just not interesting to me. However, there is still much to enjoy. ”New World” and ”Angel” are two fantastic piano ballads that open the album. ”Kimi o Nosete” is the theme track of Ghibli’s Laputa: Castle in the Sky, and while I didn’t find it noteworthy in the movie, Sarah makes it really good with bilingual vocals (a trait also shared by ”New World”). With ”To Love You More” Sarah takes on Celine Dion’s classic and gives it a slightly celtic touch which suits it well. Finally, the quirky ”Venetian Glass” seems to be a Sarah original, and it’s definitely something different, as a dark ballad with James Bond vibes.

”The Final Time Traveller” returns from the last album, in another arrangement. It’s still not very exciting. ”To Far Away Times” is amazing though, so if you didn’t get the arranged Chrono Trigger/Chrono Cross album (what’s wrong with you?) this is a chance to get the title track.

Unusually, there are three instrumental tracks, and all are good. ”Riverdance/Drowsy Maggie” is obviously a cheery, uplifting violin track. ”Appassionato” is a modernized Mediterranean ballad. And ”Shadows of Time” is a dramatic piano and strings track reminiscent of the soundtrack of both Flower and Journey, which ends with a fantastic section.

Overall, F has a number of great songs and might be her strongest album yet. Sarah Alainn is just getting better and better. 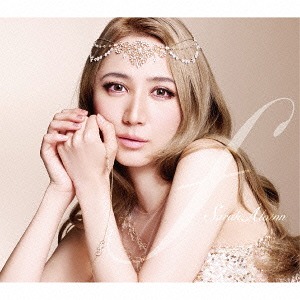