A year after Cinema Music (and the short LP album Eternalist) Sarah Alainn returns with a ”best of” collection rather than a brand new album. This is a little disappointing and I had considered simply skipping it since I already own all of her albums, but it turned out to include a selection of brand new tracks so I had to get it. Curse my weakness!

It is a very good collection though. It’s missing a couple of my favourites like ”Turns to Light”, ”New World”, ”Angel” and ”Nandemonaiya”, but almost all of the selected tracks are among the best. We have the great ”To Love You More”, the amazing ”Little Doll”, the uplifting Yasunori Mitsuda track ”Dream As One”, Sarah’s own equally uplifting ”Sky’s Calling”, the quirky ”Shadows of Time” and ”Venetian Glass”, classics like ”On My Own” and ”Time To Say Goodbye”, and of course ”Beyond the Sky”, the Xenoblade track that started her career. While I would still recommend buying her entire discography (except possibly the first, Celeste), this is a good place to start.

What really attracted me was the seven new tracks. ”Ito” existed before, on the second album Sarah, but it has a new arrangement which puts it more in line with her other musical styled songs. I used to dismiss it, but in this form it’s well worth listening to. The next two songs, ”Waga Kokyou” and ”Voce Angelica” are both without lyrics and just have vocalizations, and they’re not really to my taste although technically skilled. ”Colours of the Wind” adds Sarah’s third Disney cover, and I think it might be the best. The style suits her perfectly and the orchestration is great. ”Taiyo no Aishita Hito” actually seems to be exclusive to the physical album, but it’s a fairly slow and boring song. ”Asa no Memory” is something completely different, playing to all of Sarah’s strengths with a great arrangement and dynamic vocals. On to the playlist it goes! Unfortunately the new tracks end with ”Ave Maria” which is another really slow song.

So considering that I already own most of the songs on Timeless, it’s strictly for collecting purposes. The new worthwhile songs ”Ito”, ”Colours of the Wind” and ”Asa no Memory” can be bought off Itunes for much less and the album doesn’t offer any other worthwhile bonuses. 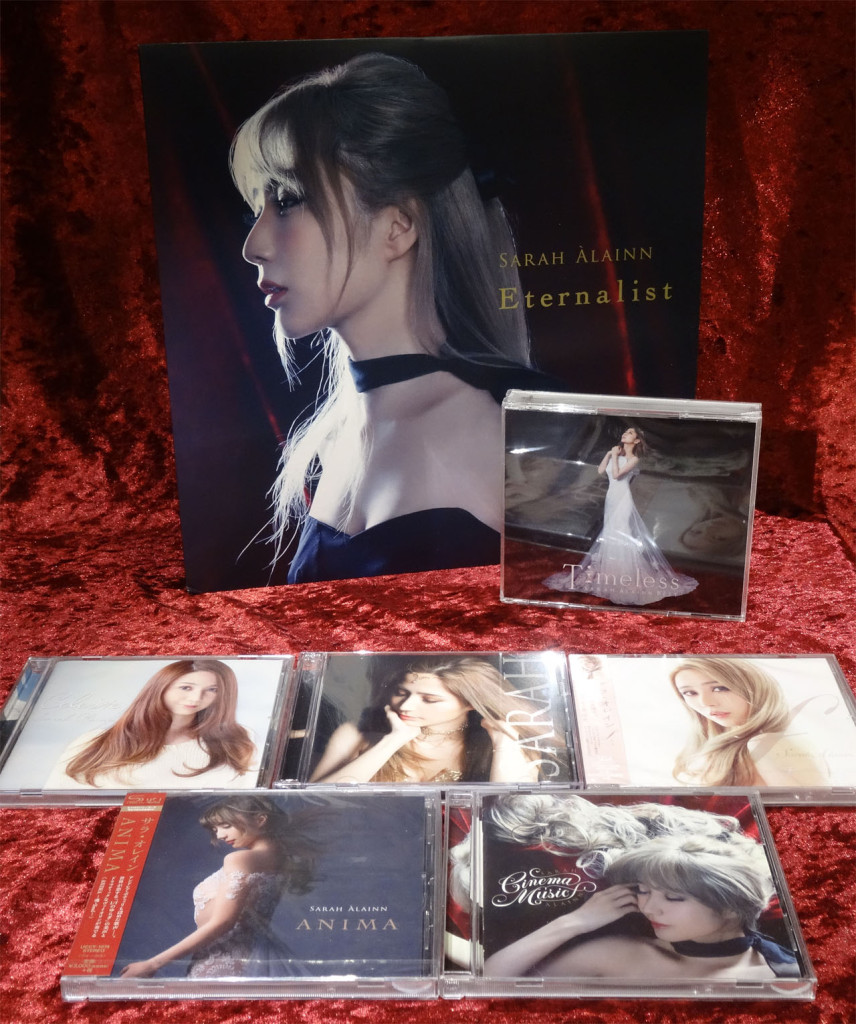