Two years after her debut album, Sarah Alainn, known to gamers as the voice behind Xenoblade Chronicles, returns with a brand new album produced by none other than the legendary Chrono Trigger and Xenogears composer Yasunori Mitsuda. It has great potential and lives up to much of it.

”Sarah” is a collection of original songs and covers with a focus on soundtrack classics. ”A Time For Us” from the 1968 version of Romeo & Julia opens strongly and is one of the better songs, while ”Les Parapluies de Cherbourg” is a jazzy, slighly boring French song from the musical movie with the same name. Other covers include ”The Prayer”, a beautiful ballad by David Foster who wrote absolute classics like ”I Will Always Love You”, ”Glory of Love” and ”You’re the Inspiration”. This goes a bit too much into Whitney Houston territory, but shows that Sarah, despite a more slender voice, can belt out mighty tunes. Then there’s ”I Dreamed A Dream” from Les Miserables, a classic done by tons of singers. Sarah’s version would be one of the better, if not for a grating church organ that only goes away for the mighty second part.

”The Final Time Traveler” is the ending song of the game Time Traveler, in English this time around. It’s a bit annoying and nowhere near her classic ”Beyond the Sky” from Xenoblade Chronicles, which appears here in both English and Japanese versions. And it’s a brand new arrangement with great vocals which show Sarah’s development as a singer over the last few years. The arrangement is more mellow, more like Creid compared to Xenogears. The vocals take center stage and are much clearer this time around. Although Sarah would have no difficulties with articulation, the original always felt like it was sung with a Japanese accent.

While I can’t be certain, due to not having liner notes (the downside of going with Itunes rather than the physical album), I’m assuming that the rest of the songs are originals by Sarah Alainn and Yasunori Mitsuda. ”Canta Con Me” is specified to be written by Sarah at any rate, and it’s a very good song in a bilingual mix of Italian and Japanese. ”Wakamonotachi”, ”Poppoya” and ”Ito” are slow ballads with obvious Mitsuda sounds and all pretty good although unremarkable. They also show off Sarah’s vocal skill, and as usual she sounds much better in the slightly lower ranges. ”Turns to Light” has an interesting rhythm and has a fantastic ending but takes its sweet time getting there.

Then there’s the awesome ”Dream As One” which is a powerful ballad with heavy ”Pain” vibes, and undoubtably a Mitsuda song as soon as the low flutes turn up. ”Always With You” is more of a classic pop ballad, originally from a Nivea commercial, and another instant classic. Together with the Japanese ”Beyond the Sky” these two songs leave the album on a high note (literally).

It’s interesting how the original songs provide the best parts of this album. I hope Sarah keeps working with Mitsuda as they clearly both have much to gain. Already she compares well with one of the favourite Swedish singers, Sofia Källgren, whose compilation ”Cinema Paradiso” has a similar mix of movie related songs and whose voice is similarly suited for beautiful ballads. At points she approaches Lea Salonga, one of the greats in musical history. If the next album has ”Pain” or ”Small Two of Pieces” (or, indeed, her version of ”Let it go”) and an equally great selection of original songs, Sarah Alainn will have a place among the greatest. 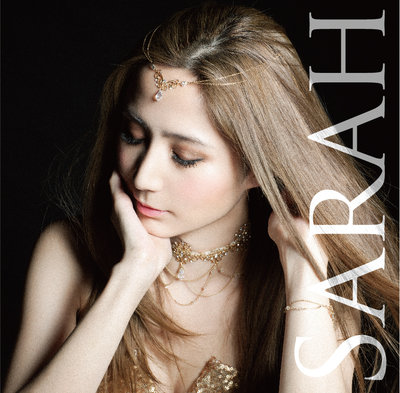