Obviously, I would expect you to finish the game before reading this, as some info might be considered spoilers.

So I was watching the lore videos of EpicNameBro on Youtube, which are highly recommended by the way. And I was thinking about the ”furtive pygmy” mentioned in the introduction. From dialogue in the game, it’s more or less stated that the pygmy was the first human. Kaathe mores or less says as much. Unless he’s stating that the pygmy was specifically your ancestor, which doesn’t make sense. The pygmy received the Dark Soul and divided it among his followers/children. It seems that Humanity is a fragment of the Dark Soul. Note that the item itself is a black sprite, a little piece of darkness. We use this in-game to resurrect into a human form, to regain what we lost when we got killed in the first place. 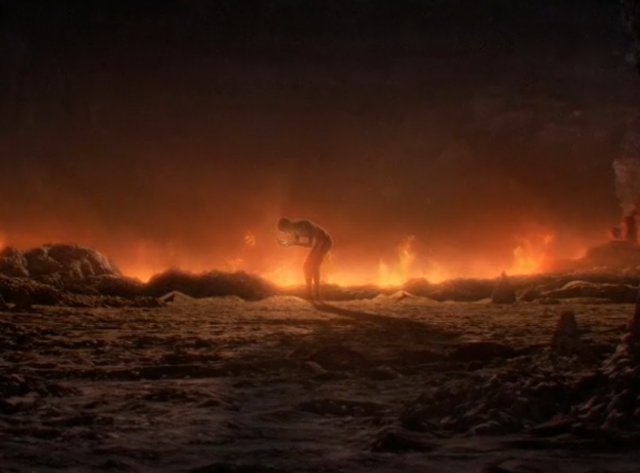 Now, there’s a few things to consider. First, the pygmy. I find it quite obvious that we are all pygmies in Dark Souls. Why? Well, everyone else is damn big, to begin with. All the humans you meet in Dark Souls are hollow, some in human form and some undead. But they are all your size. However, there are plenty of humanoid creatures who are much bigger than you, like all the Silver and Black Knights. I also can’t think of a single creature that’s actually in proportion to you in this game. Even the smallest rat (which runs away in Depths to lure you into an ambush) is rather big. So maybe it’s not that everything in Dark Souls is damn big, perhaps humans are simply rather small in this world because they are in fact pygmies.

Then, a related idea. I find it interesting that ”Dark” can pretty much be interchanged with ”Human” everywhere it appears in this game. Take for example this story by Kaathe, one of the few longer lore pieces within the game:

The truth I shall share without sentiment.
After the advent of fire, the ancient lords found the three souls.
But your progenitor found a fourth, unique soul.
The Dark (Human) Soul.
Your ancestor claimed the Dark (Human) Soul and waited for Fire to subside.
And soon, the flames did fade, and only Dark (Humans) remained.
Thus began the age of men, the Age of Dark (Humans). <- he specifically translates it here! However… Lord Gwyn trembled at the Dark (Humans).
Clinging to his Age of Fire, and in dire fear of humans,
and the Dark (Human) Lord who would one day be born amongst them,
Lord Gwyn resisted the course of nature.
By sacrificing himself to link the fire, and commanding his children to shepherd the humans,
Gwyn has blurred your past, to prevent the birth of the Dark (Human) Lord.
I am the primordial serpent.
I seek to right the wrongs of the past to discover our true Lord.
But the other serpent, Frampt, lost his sense, and befriended Lord Gwyn.
Undead warrior, we stand at the crossroad.
Only I know the truth about your fate.
You must destroy the fading Lord Gwyn, who has coddled Fire and resisted nature,
and become the Fourth Lord, so that you may usher in the Age of Dark (Humans)!

In light (hah!) of this, maybe the Dark Lord ending isn’t such a bad thing after all? It seems obvious that maintaining the bonfires and linking the fire is what Gwyn wants, and Gwyn is a god. Gwyn is the god of fire and light, so by opposing him you are dark by default. In the world of Dark Souls, maybe humans stay in the cycle of death, hollowing and (temporary) rebirth as some kind of purgatory simply because the gods still linger, because Gwyn refuses to let go. To truly become human, the gods need to die so that there will be no hollows and every human will have his Humanity and his single life. I don’t know, just an idea.

This also links with the idea of Divine and Occult weapons in the game. Divine weapons are useful for killing skeletons and Nito himself. Obviously divine means that it’s blessed by the gods. And the gods are bastards in Dark Souls. On the other hand, Occult weapons specifically harm normal hollow players (who are theoretically pawns of Gwyn, if they proceed to the linking ending). Occult weapons are made from the Dark Ember… the Human Ember? 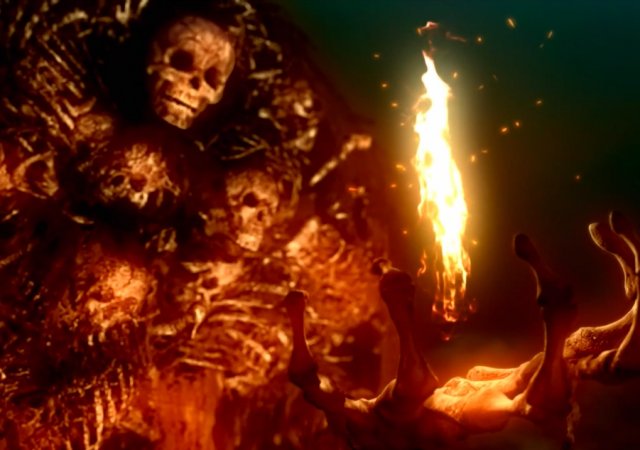 The fact that Divine weapons also harm Nito gives us, theoretically, that Nito is an ally of humans and an enemy or at least rival of the gods. Compare the Death of Discworld who actually protects humans, because what is a lord of death when people never actually die? Even if Nito fought together with Gwyn and the Witch to defeat the dragons, that doesn’t mean that he approves of Gwyn’s godhood and control of the world since.

Then there’s Dark Sun Gwyndolin to consider. Could it be that he actually opposes his father, the sun god Gwyn? If my theory is correct, the ”dark” in Darkmoon and indeed his name implies that he’s not exactly with Gwyn. He does, as EpicNameBro points out, create the illusion of Gwynewere in Anor Londo to give you the Lordvessel and urge you to collect the other lord souls. EpicNameBro discussed that this is to eventually link the fire and continue Gwyn’s legacy, but couldn’t it be that he actually wants you to pursue the other ending? The Dark Lord ending? 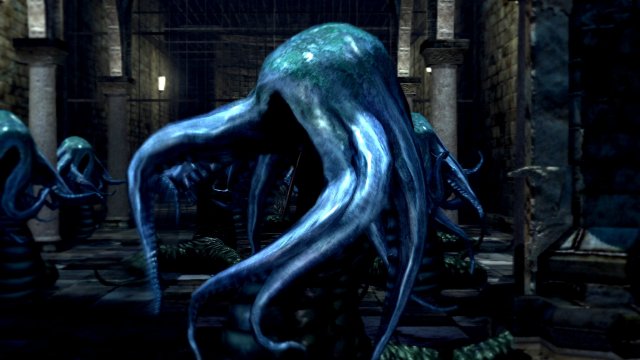 Finally, something related to the entire human/Humanity thing. In the game, you normally gather Humanity by fighting either loads of normal enemies (who you might say randomly carry spare Humanity they stole by killing someone else) or the main bosses. You can also farm it, from rats, baby skeletons and… pisacas. Rats can be assumed to find Humanity by eating corpses, I have no idea what baby skeletons are, but pisacas? Those tentacly blue thingies in Duke’s Archives normally huddle in the cell, but they are called out by the crazy noise of the magic grammophone thing. Well, here’s my idea: Pisacas were actually humans, who were subjected to the magic sound until they turned into monsters. Note that the only other creatures in that area are either crystal skeletons or man-serpents, neither of which have ears. So the entire prison area is a huge experiment to turn people into monsters, or whatever else Seath originally intended.

Makes you feel a little bad when you see them milling around in panic while the sound plays, and especially killing those last two who are sobbing (!) in a corner, doesn’t it? You know… come to think of it, these two drop spells usable by members of Gwynewere’s Princess Guard. This would also suggest that Gwyndolin is not a friend of Seath, and since Seath is a close ally of Gwyn…

Well, these are my thoughts on Dark Souls… or, maybe, Human Souls. Not having played it for some time sure gives you time to think.