Lego has quietly released a brand new theme this month, based on everyone’s favourite The Lego Movie character: Unikitty! There is actually a new cartoon and everything, as well as a bunch of sets. From early images, these seem to include a bunch of new parts, but they didn’t look that interesting to me. I can’t resist a Unikitty or two, though, so I ordered a couple of blindbags from the new collectible line. 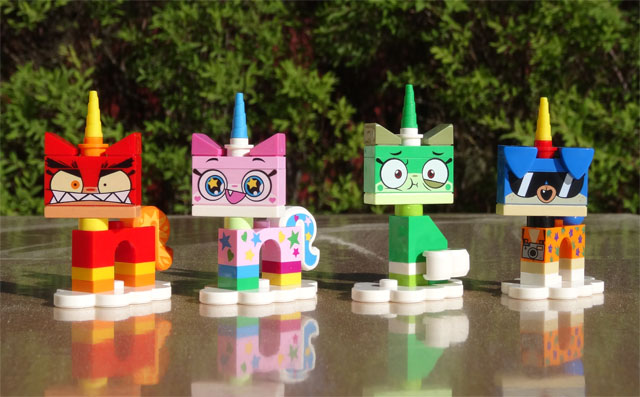 Even though I got one duplicate, I was quite lucky with my bags. I got one of the more normal ones (which in Unikitty’s case means she’s just covered in stars) as well as a new Angry Kitty, a new Queasy Kitty and one of Puppycorn. Aside from Queasy Kitty they all have similar builds and there are no instructions. The bags themselves are not the same as either CMF bags, regular polybags or Mixel bags, but inside is a standard parts bag. Even besides the fact that most of these are repaints, the double bags means you can’t really feel for parts either way. Each figure ends up with a bunch of spares since most parts here are small, which is a plus. 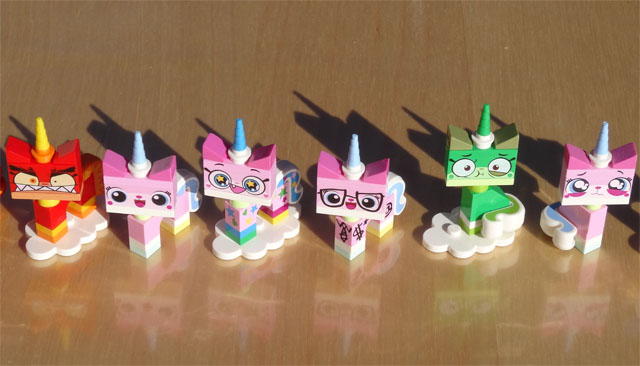 The finished figures are certainly expressive and are packed with printed detail. Two of these have printing on three sides of the body, which is really rare for Lego (the previous Business Kitty is one). They don’t really mix with the original movie figures, since these have a more cartoony look. Well, Angry Kitty might but that version was super cartoony to begin with. 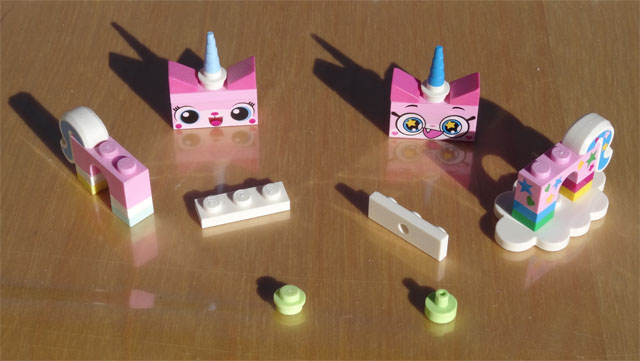 One big change is the neck construction. Since Unikitty was originally a movie character they didn’t have to bother too much with the real life function, and it quickly turned out that the 1×1 round plate and the 1×3 plate had a very loose connection. When she’s the star of her own show, you can’t have her losing her head all the time, so they changed it into a 1×1 ”nipple” piece and a brand new inverted 1×3 tile with a hole in the middle. This connection holds together much better. You still have the issue of the 1×1 connection to the body, but at least the part has a wider base so it sits slightly better as a result.

What’s really impressive is the lineup of new parts, especially when looking at the full range. First of all, except for the two sitting kitties the 12 collectible figures have different colours and prints for the body, with pink, red, orange, green, lime green, white, dark pink, teal and brown as the base. Red is practically new (only existed in one set in 1984), and only white existed previously! Of course, it might be hard to find a use for the printed ones, but still. Then there’s the unicorn horn, which comes in medium azure, yellow, bright green, white and purple. The first three are new here. Then we have the 1×1 round plate with a hole, which comes in white, orange, red, dark green, black, dark blue and dark pink. Only black and white existed before. The ”nipple” comes in lime green, yellow, black, dark green, dark azure, red, pink and yellowish green! And of course there are eight new tail designs for Unikitty, with even the standard one now being printed with dark azure instead of light blue. 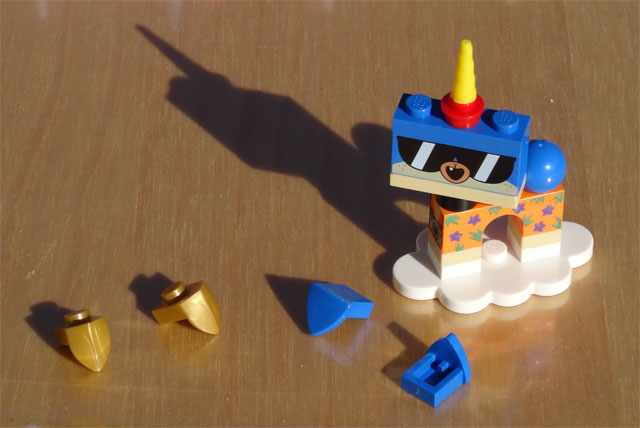 Then you have a couple of brand new parts. The inverted 1×3 tile comes in white, orange, tan, green, dark pink, lime green and brown. Puppycorn’s ears are similar to an old tooth part but a brand new mold, and come in blue, black, white, teal and brown. They even went with designs that have two different ones! The final new part is the base, which is a 3×5 tile with three studs and a cloud outline. While it looks almost too big, it fits perfectly onto a standard plate. I can forsee these being extremely useful to add detail or even thought bubbles to scenes. 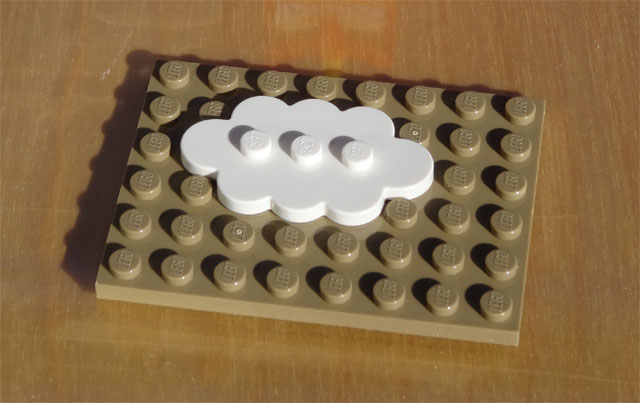 So overall, these figures are cute and collectable in and of themselves, but they also represent a huge investment for Lego in terms of new parts variations. The theme itself has a bunch more, like a 1×1 rooftop part. We expect Lego to find interesting reuses for anything, so expect a ton of these to show up in the next modular. But for now, if you want to check out these new parts you’ll be buying a bunch of Unikitties.