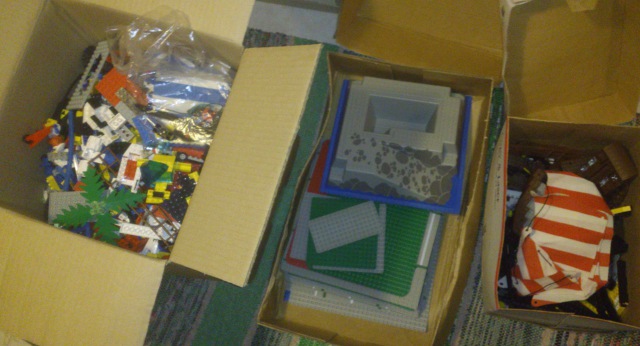 I dug out all of my old Lego and, well, I have a lot. When I have more time I’ll build the major models – mostly Space and Pirate – and store them separately.

Most of it was stored in a big box, with a separate box for the pirate ship and the base plates. The big box is 10 kgs of unsorted Lego goodness.

Luckily I was rather careful with the instructions, so most of it is still around. Aside from the main City, Space and Pirate stuff I have some Technic, some Castle and most interestingly a lot of really old stuff. My first Lego was bought second hand, and some is very early. We’re talking serial numbers in the 100s and 200s, and a few in 300s and 600s. ... Läs hela texten