My third custom modular Lego building is complete: the Downtown Dojo. This building is heavily inspired by a local bank office, but I scaled it down in terms of complexity to fit on a standard baseplate. Since I already had ideas for a dojo (having bought a bunch of Karate Guys and Friends karate outfits), I decided to place the dojo in this building. Our group Östersunds Budokai probably won’t move into the bank office anytime soon, but you can dream. 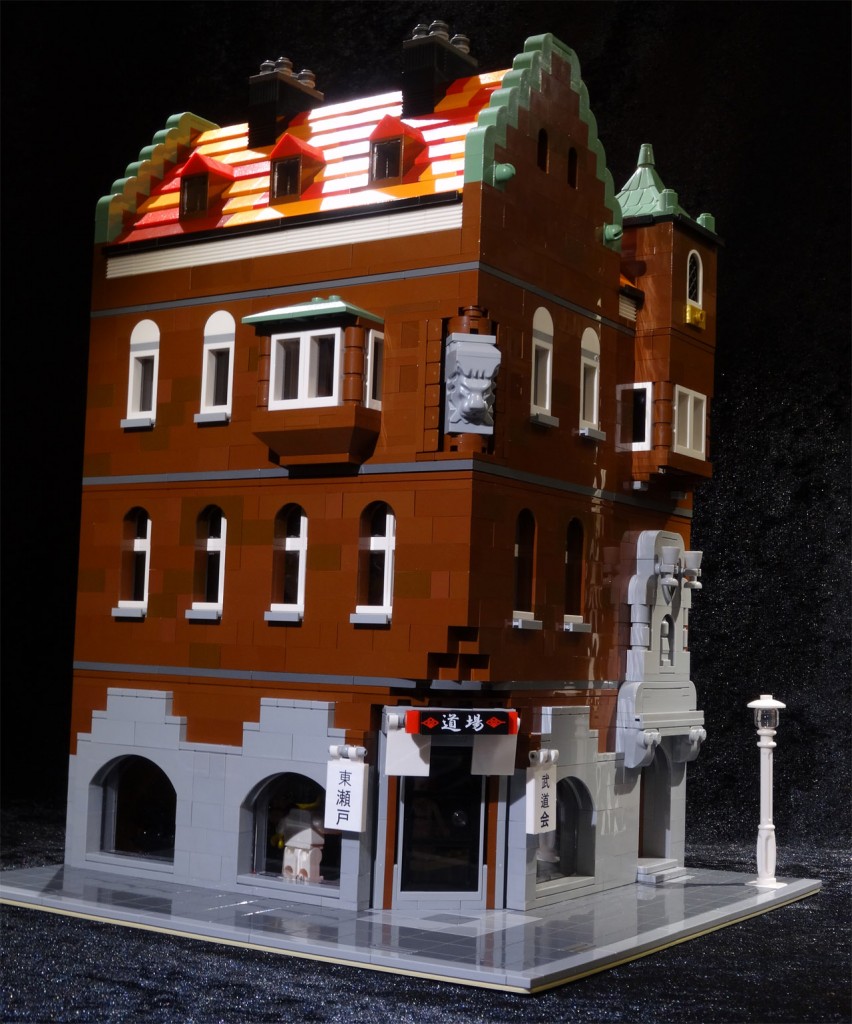 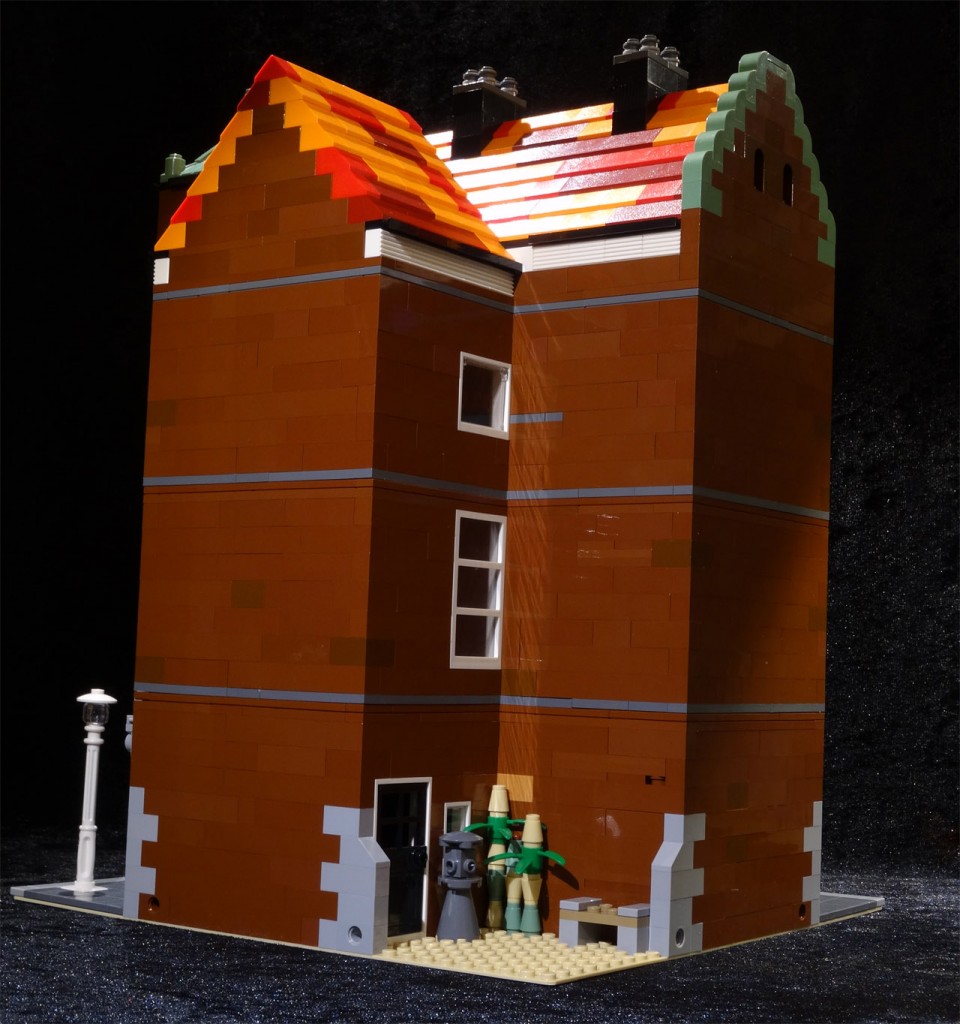 There were a few important design considerations. Before I even got started, I made sure that the rounded top bricks came in sand green for the roof lining. I also wanted a few of the old brown pieces to have some variety in the brickwork, since the building is rather smooth and boring without them. The only real substitution I did was using lever bases for the small sand green details on top, instead of round plates. Those are hilariously expensive since they only ever came in a single Harry Potter set. 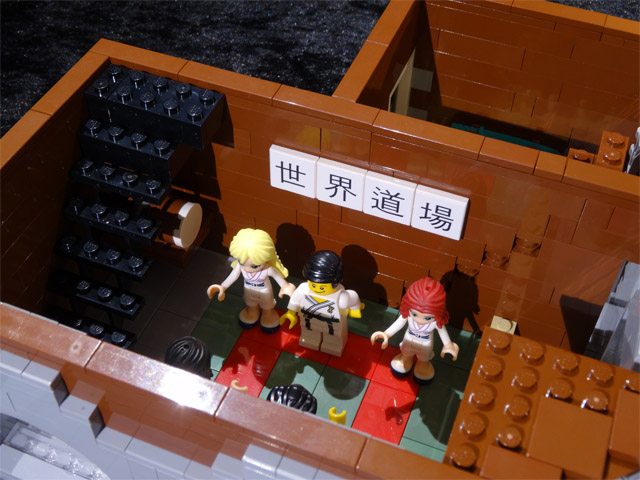 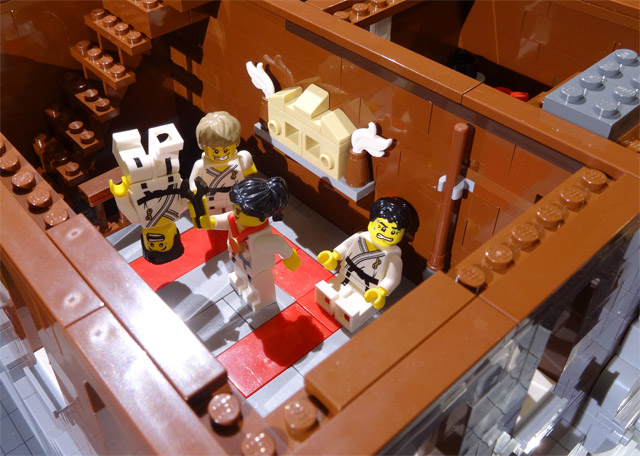 The bottom floor has the karate dojo. The writing on the wall is our motto: ”SEKAI DOJO” – ”the world (is my) dojo”. It turned out that it’s very easy to replicate the exact mat arrangement with 2×4 tiles. Above there’s the jujutsu/aikido dojo. I made a little shrine on the wall and finally had my Judo (now Jujutsu) figure move in to teach the others some manners. 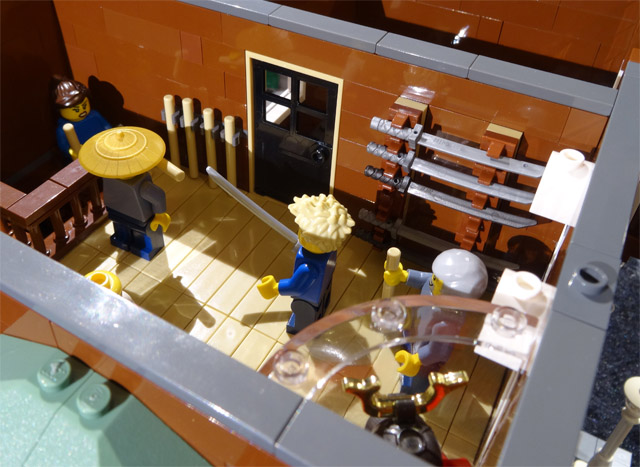 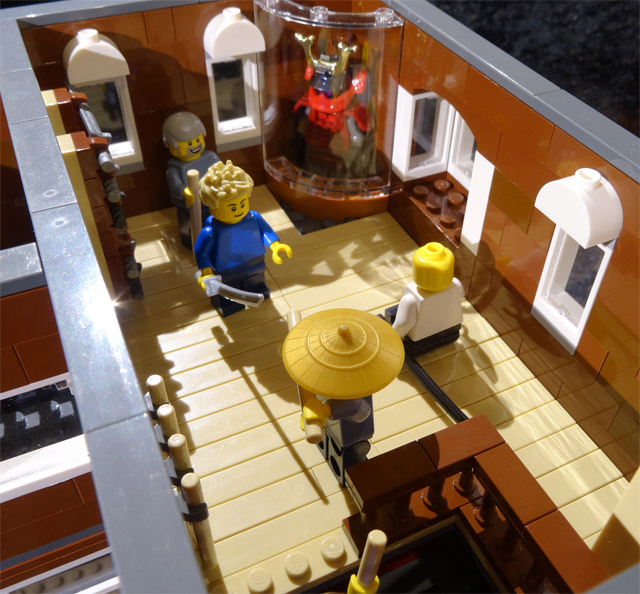 The top floor has the jodo/aikido dojo where me and my friends practice. I’m considering getting the torsos printed with a suitable keikogi, but they’ll do for now. The sitting figure is doing iaido while the others are setting up Kasa No Shita. In the dojo there’s also racks for spare weapons and a fancy glass display with a samurai armor. 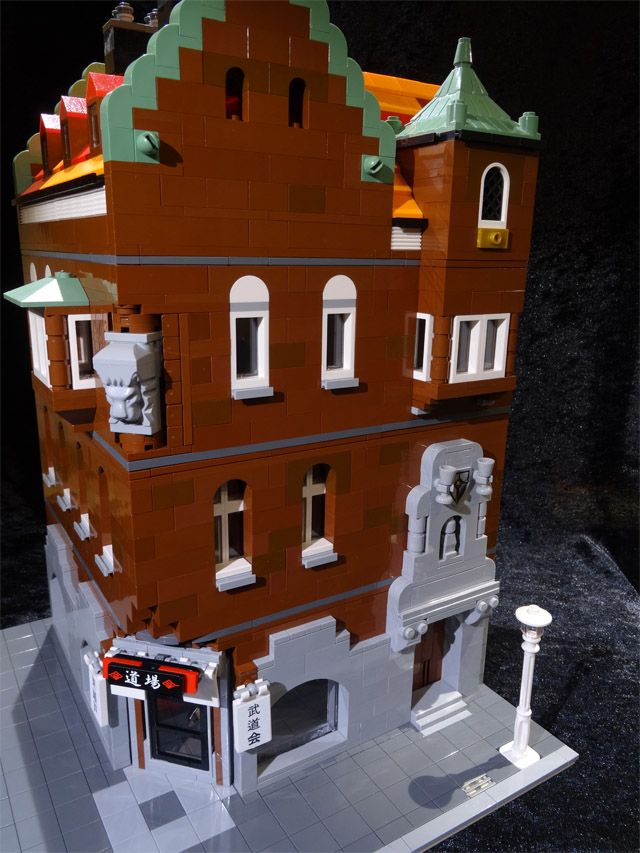 The side building contains a three-story apartment where the grand master lives. I don’t actually have a suitable figure for him since the head I bought was scratched, but I’ll probably pick up a Master Wu one of these days. Because of the stairs there isn’t much room in there, so I kept it basic.

This was a fairly straight-forward build where the biggest challenge was the street level and making sure I bought enough brown parts. The street windows are offset half a stud and both the door and the corner decoration are rotated, using some pretty simple techniques. And again I’m already planning another build, but this time it will be designed in Lego Digital Designer first, which should make it easier to order parts for.