I spent quite a bit of time in Akihabara last year trying to score the collector’s edition of Gravity Daze (Gravity Rush) for Playstation 4. It would have cost me around $150 basically just to get the exclusive Figma figure of Kat herself. Luckily it wasn’t available, and I resisted ordering it online. Eventually a new Figma was announced, based on her Gravity Rush 2 appearance and a Kat-shaped void could finally be filled. 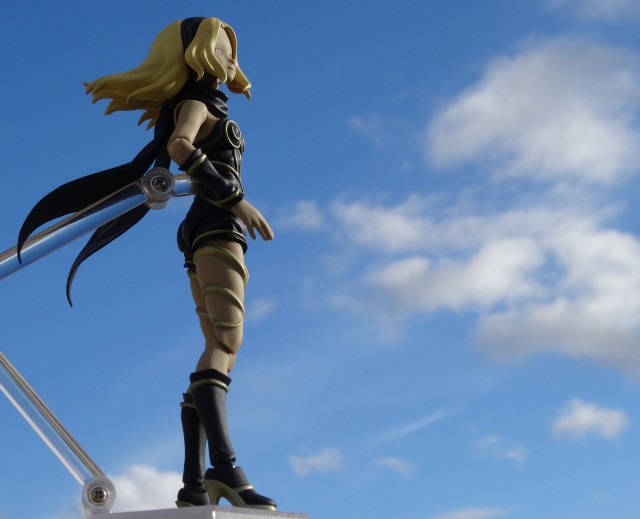 It’s a bit funny, actually. I got Gravity Rush 2 earlier this year and played for a few hours, but Yakuza 0 pulled me away and then the avalanche of new games kept me from returning. Then I finally received this figure, but another musclebound fellow in the shape of Rashid took priority. 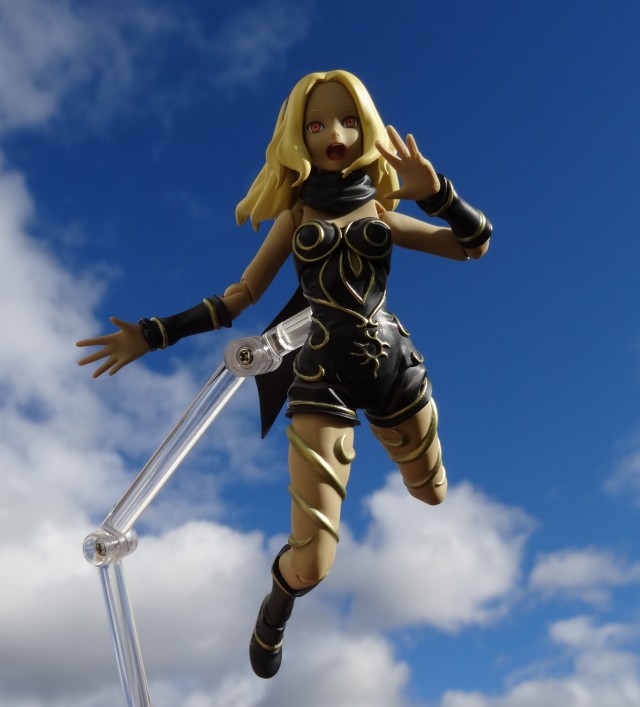 Figma Kat is a great figure though. Like all my Figmas, she is made from a smooth and solid, low-gloss plastic and matches the original design pretty much perfectly. She is quite posable, as expected, and comes with three different pairs of hands. She also has a set of special effects for her Lunar and Jupiter powers, but I haven’t used them in-game yet so they mean nothing to me. She comes with a sitting Dusty, who will probably end up just that, with a super-glossy surface that gives him similar highlights as in the game itself. 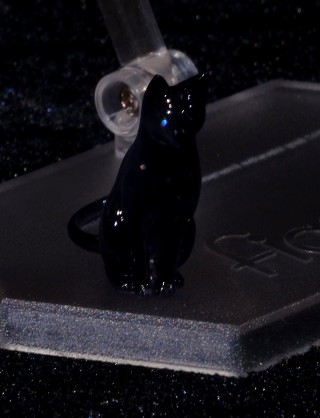 As usual, Kat comes with a stand, but it’s especially useful for her since she would spend very little time actually standing. It’s a bit of a problem that Kat doesn’t have an iconic stance, mostly instead just randomly tumbling through the sky. With a separate adapter, it’s much easier to achive this with the figure too. Even the ends of her scarf can be posed to find a good dynamic look, although her hair is flowing no matter what. She also has a special stand that I haven’t seen before, which attaches using a clip. Very useful to pose her actually off a shelf. 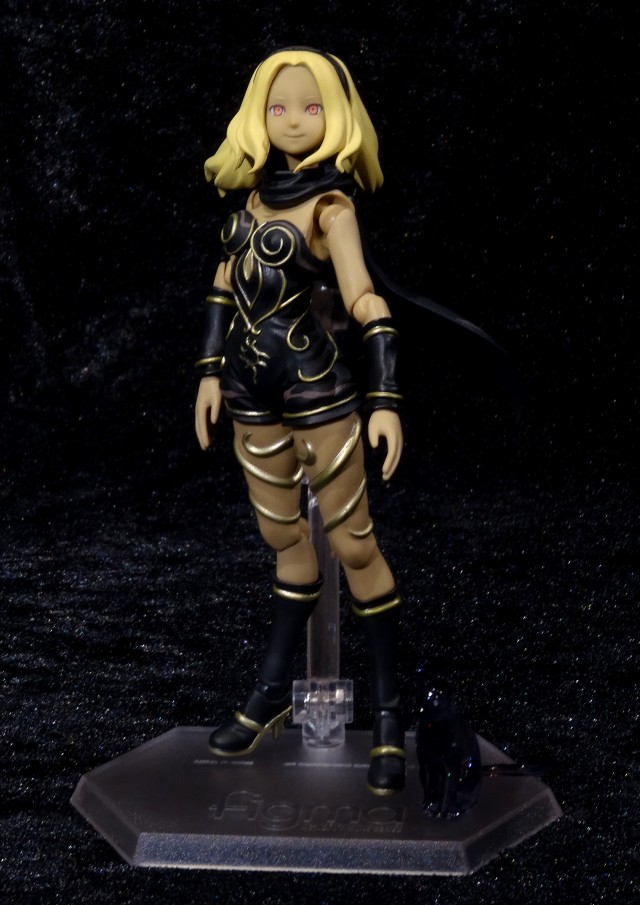 There’s just one annoying omission. Kat has a small smile, a surprised flying look, and a mildly annoyed fighting look, but not her cheerful smile. It makes the entire figure feel slightly gloomy, which is strange considering her bubbly personality. Her original figure had that smile, as well as a standing Dusty and the slightly different design on her torso. The designs are mostly interchangable, but it’s worth pointing out that this doesn’t replace that figure entirely.

Apart from that, Figma Kat is a great figure which is finally available for a third of the initial limited price.