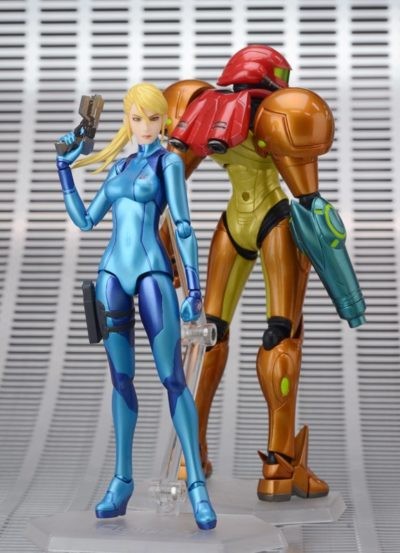 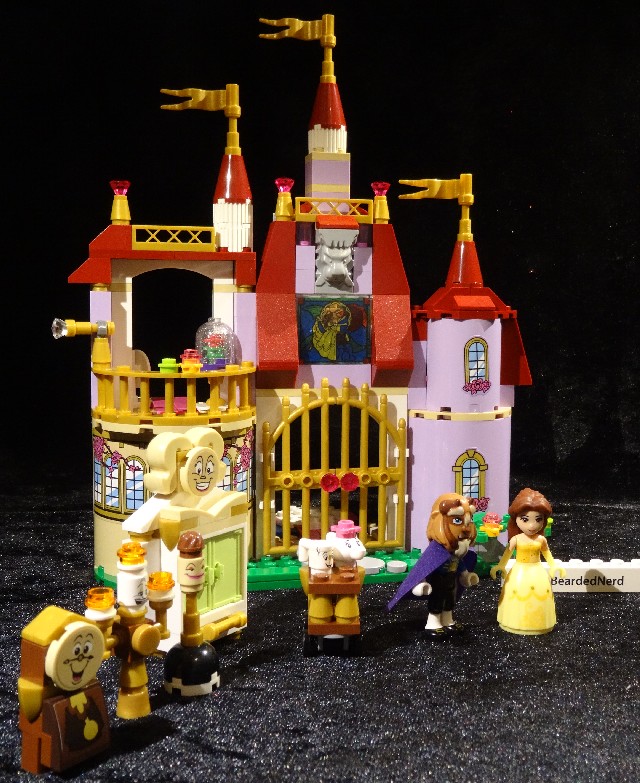 We’re hardly short of castles in the Disney Princess line, for some peculiar reason. This is one of the smaller ones: bigger than Elsa’s but far from Cinderella’s. This also means a more reasonable price point, and unlike the former, this castle is packed with characters. But first, let’s take a look at the building itself.

Well, it is a Lego Disney Princess set alright. The build is quite simple, without the clever details that Friends and particularly Elves tend to offer. Much of the front is made up out of four giant curved panels with stickers, and then a bunch of gold fluff is added. The inside has a bit more to offer and should be the main playing area: there’s the balcony with the Beast’s enchanted rose as well as the magic mirror and a spyglass to … look for wolves? A side room has the torn portrait (properly legofied) which revolves to offer a wig for some transformation action (we’ll get to that in a bit). There is also a kitchen, sentient stove included, a small bedroom and, of course, the grand hall complete with a chandelier. ... Läs hela texten