The appearance of the ”80’s-something-spaceguy” Benny in The Lego Movie was a genius move to appeal to older Lego fans. It’s not even just Adult Fans of Lego since you’d need to be 35-40 years old to really appreciate the classic design of Lego’s first space theme. So we got Benny and the awesome nostalgia bomb of his spaceship and that was generally it. In the years since Lego has teased old fans occasionally like having a green Futuron guy in a City set and printing a part specifically to allow building a gray classic spaceman from other spare parts. But now in time for The Lego Movie 2 they’ve released another major nostalgia set: Benny’s Space Squad. 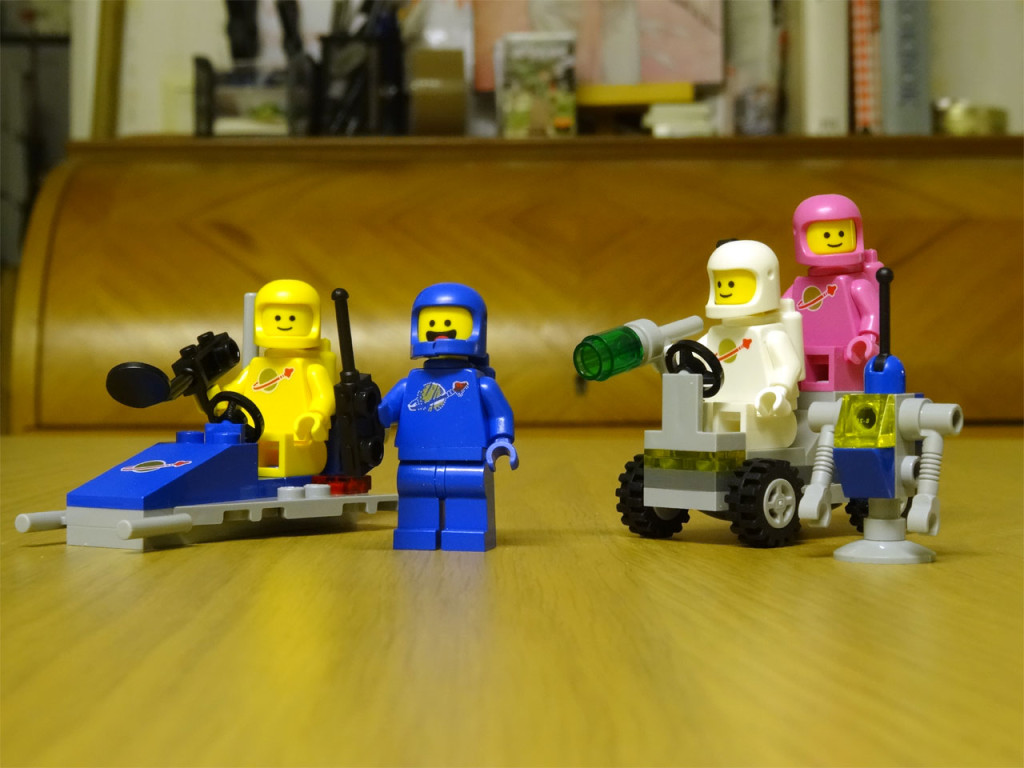 On the surface, the set is a ”battle pack” as we know them from Star Wars. You get four figures with some minor build for a low price for encourage army building or just make for a cheap set for the kids. However, the figures are all brand new, super classic spacepeople based entirely on the original design which is now exactly 40 years old. There have been modernized re-releases of similar figures, but they’ve used the later, sturdier helmet design. But just like Benny, these other three people wear the exact same helmet type as introduced in 1978. Or, well, mostly the same. The very first helmet had the weak chin strap that caused Benny’s ”broken” design in the first place. It was later reinforced before beinreplaced entirely with the sturdy design. This set has helmets that, to me, look much sturdier than the originals while still keeping mostly the same design. 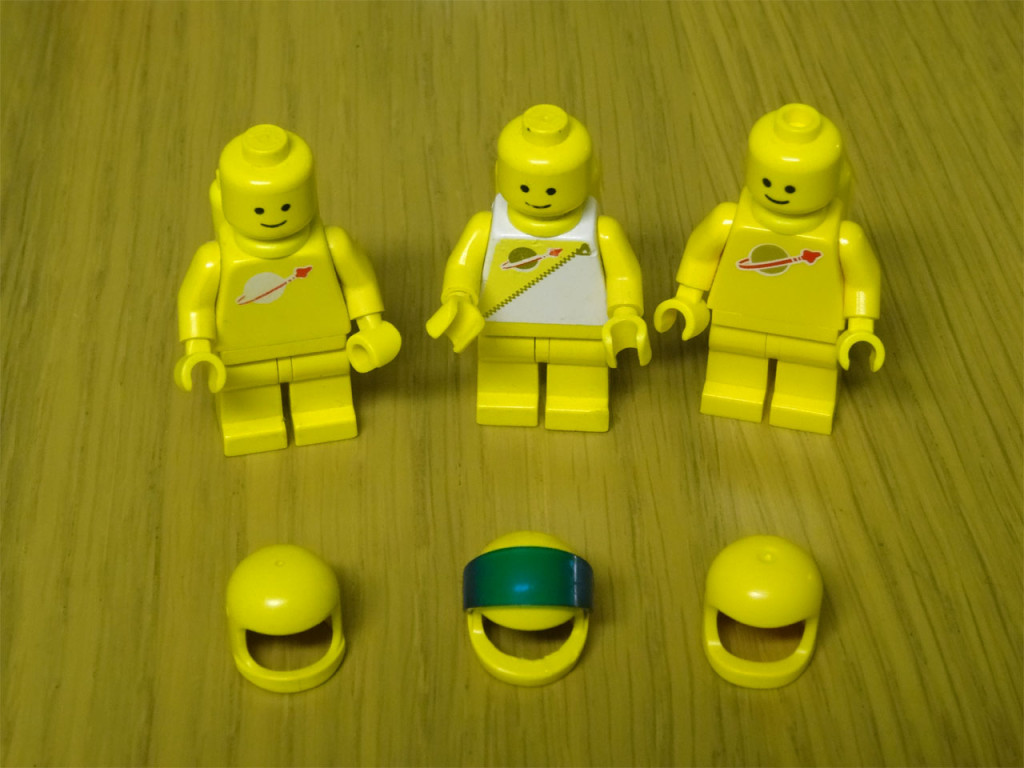 Coincidentally, Benny himself is the least interesting part of the set. He’s the same lovable guy from the previous movie but we already had a bunch of ways to get him. The white spaceman is actually a woman called Jenny, and a good thing to have since especially white figures tend to show wear and tear. The yellow spaceman is Kenny and besides being a reference to one of the original designs, it’s the first time in ages that we get yellow unprinted ”naked” Lego legs. Obviously it’s supposed to be a yellow spacesuit here, but it’s also an extremely useful part for making stuff like monochrome figures. Finally, we have Lenny in pink, which is another new colour since the original era. It’s cool that they didn’t go for the ”obvious” route and made the pink one the woman (which, it has to be said, they already did with the collectible pink space heroine a few years back). Obviously I’ll be buying tons of these and making all kinds of variations anyway. 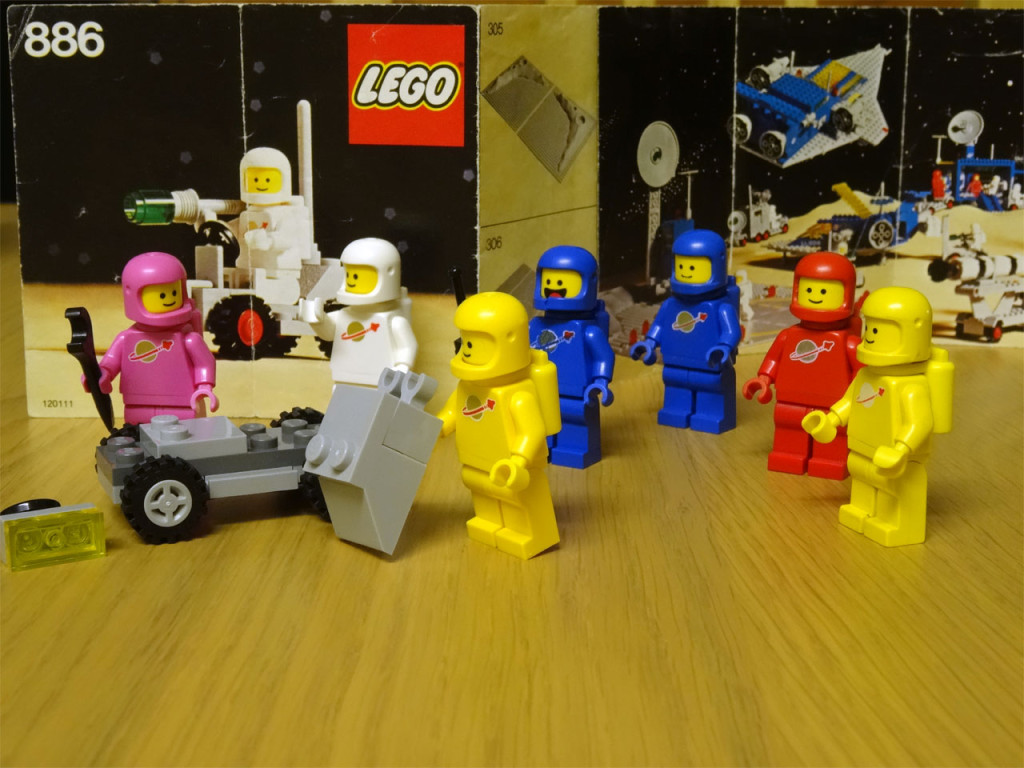 The builds are small but neat. We get a droid which is the exact same as in Benny’s Spaceship! Spaceship! Spaceship!. Then there’s a rover which uses modern parts but clearly dates back to some similarly cheap sets back then, most closely the Space Buggy from 1979. The ship is also a classic design, with the logo on a slope, a wedge wing shape, thrusters, red lights, the old space seat and the ”guns” up front. Pretty much every part in this is classic!

It remains to be seen if Benny’s squad has an actual role in the movie or if it’s just an opportunity to release some heavy duty fan service, but in any case this is a wonderfully nostalgic little set which is cheap enough for anyone to pick up. Me, I intend to get many more.