The original Lego Pirates, back in 1989, was the first theme I collected, and I managed to get all of the first wave. The flagship, in more ways than one, was the Black Seas Barracuda, and I was smart enough to store it properly once my Dark Ages started. Since I returned to Lego, I’ve had this awesome ship around. But now, with the arrival of the 2015 lineup of Pirates, I might not have to do that anymore. Not because the new ship, the Brick Bounty, is better in any way, because it’s not. But with a bunch of new, great pieces available, as well as great minifigures, I was inspired to finally attempt a remake of one of my favourite sets ever. 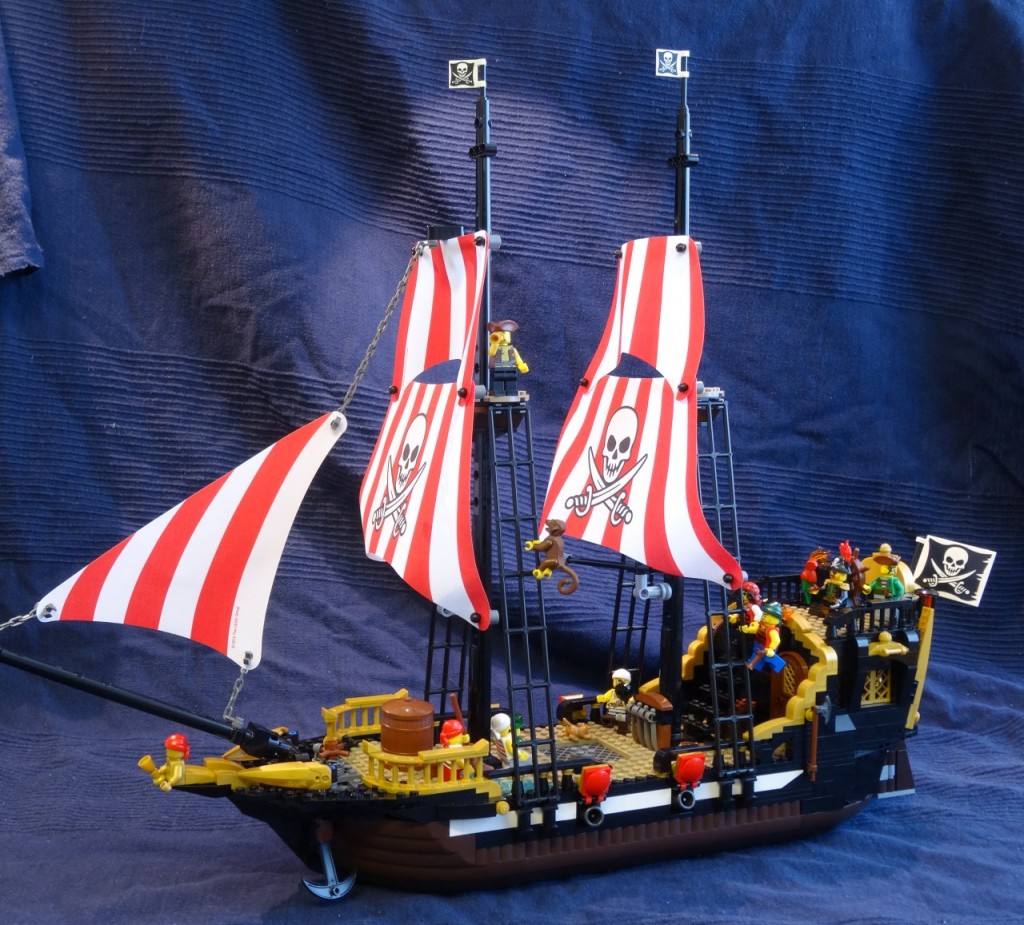 The basic idea was to keep the dimensions and all the major features of the original ship. I started from the newer hull pieces and built up from there. The deck now stretches from the front mast all the way to the rear since I don’t need the cannons to be readily available. I did make the middle section removable, since these cannons tend to slide around a bit. Apart from that, there’s not much below deck, since it’s not possible to take the ship apart like the Imperial Flagship. I did add a hatch to get below deck in a similar place as the ones on the original. 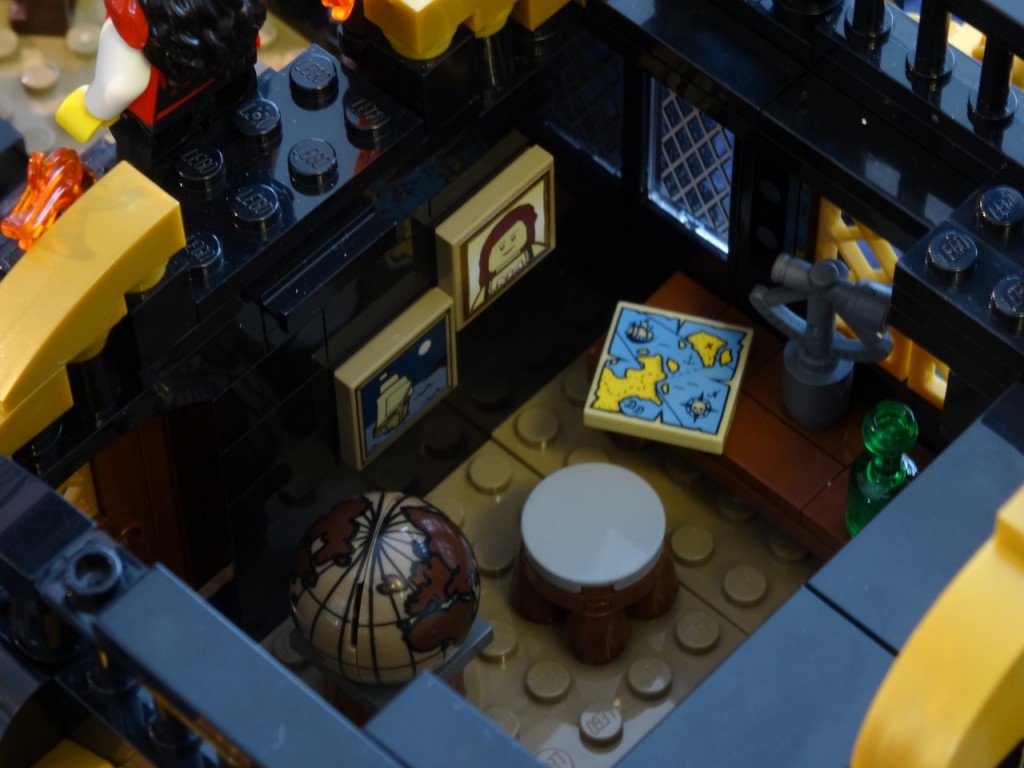 The cabin on Black Seas Barracuda is rather unique in that it has two double doors. This was a bit of a waste of space, so I removed one. I considered using the originals but the newer big door looks better. Inside the cabin, there is a small desk with navigation tools, some paintings and a globe. Towards the rear is a bed for the captain. I added the narrow windows from Brick Bounty, but apart from that it has the same arrangement as the original. The rear wall also slopes outwards, and on the outside there are some details in gold. 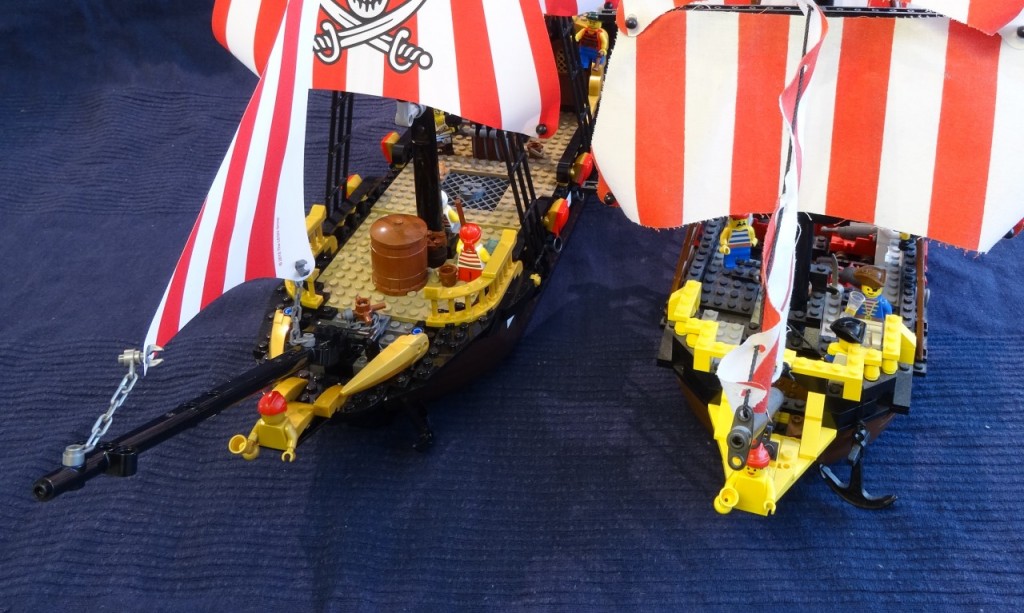 The gold, yes. The pearl gold colour didn’t exist in Lego’s inventory at the time, but it was always obvious that the yellow trim on the ship was supposed to be gold. So I picked up as many gold parts I could find, to be able to recreate all the trimmings and the figurehead. Now, there isn’t a gold headwrap, but there wasn’t on the original either. The ship is way too gaudy for a pirate ship anyway – I’m assuming that it was originally a rich trader before the pirates captured it. 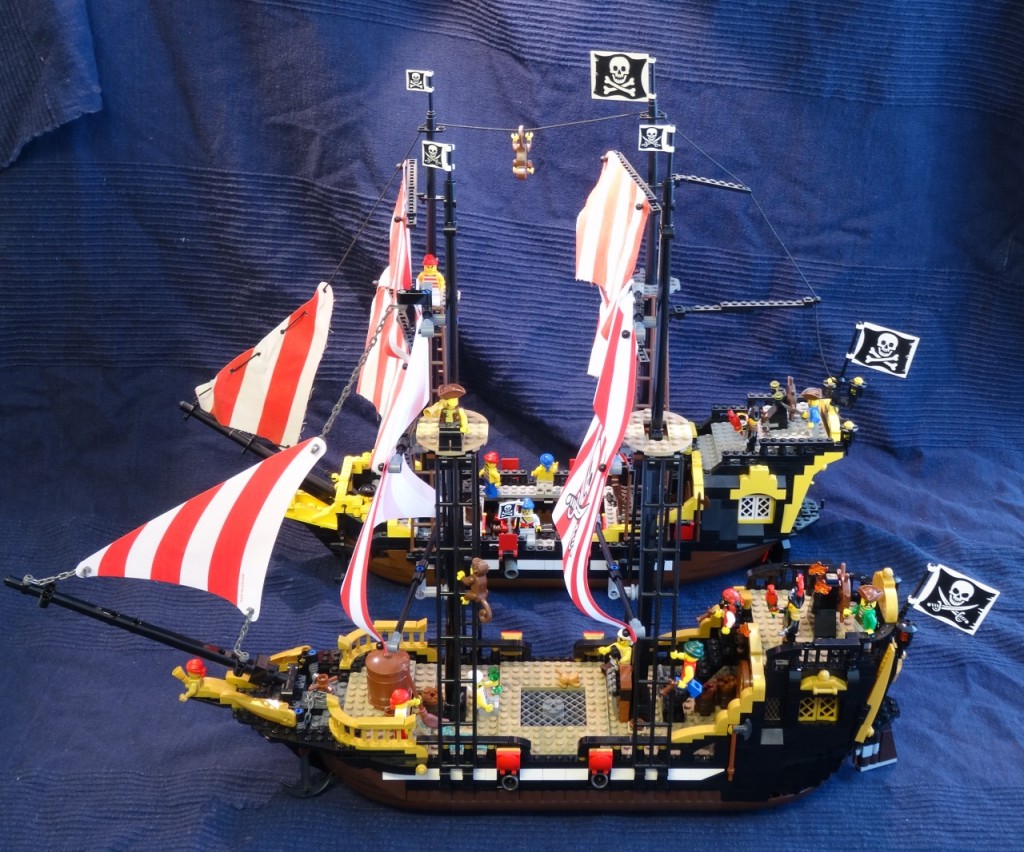 I lifted the masts pretty much straight from Brick Bounty, but I substituted black ones instead. The sails end up a bit too small on this larger ship, but they will do for now. I’m considering experimenting with printing on canvas, so we’ll see what happens.

Overall, I’m quite happy with this remake. The ship turned out looking like a slightly more expensive version of the original. I’ve learned a few things after building Imperial Flagship and I hope it shows. 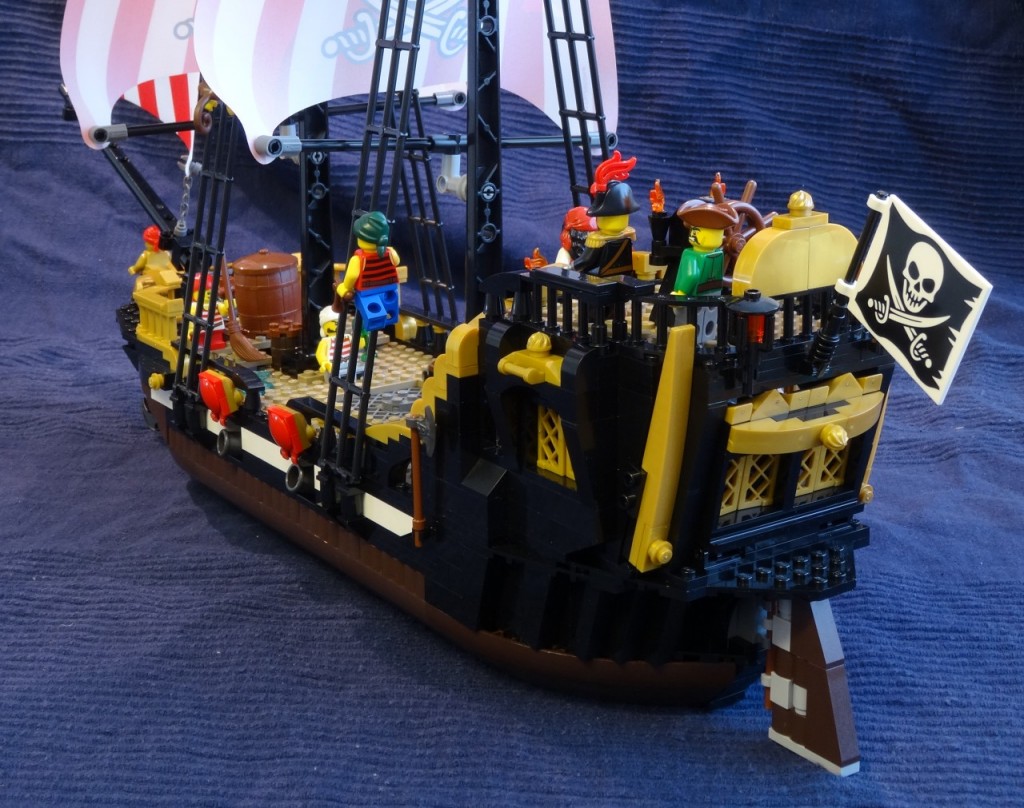