As I decided to remake Black Seas Barracuda, I wanted to do something for my soldiers as well. I actually came up with the idea while rebuilding the original Eldorado Fortress. The parts are pretty chewed up by now, and it shows much more on the white walls. So I thought about simply ordering new replacements. I was going to build on top of the old raised baseplate, so I went into Lego Digital Designer and followed the instructions. Pretty soon I realized that it would be much better to actually improve things here and there, like adding more realistic colours. After completing the entire thing, I was asked to make my own baseplate as well. This complicated things. 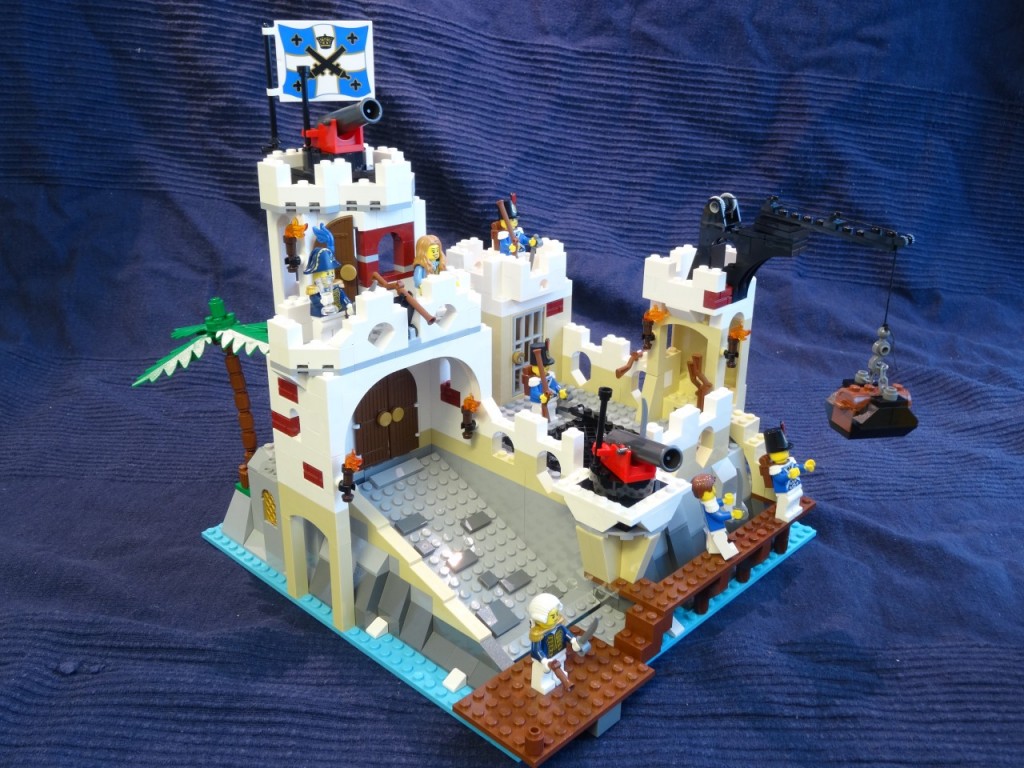 Actually, the baseplate isn’t that complex. There’s mostly a 6 bricks high sloped edge all around it. But then there’s the walkway up to the entrance, not to mention the fact that the molded original is a lot more durable than loose pieces. So there’s lots of scaffolding hidden underneath, but the finished build is actually very stable. 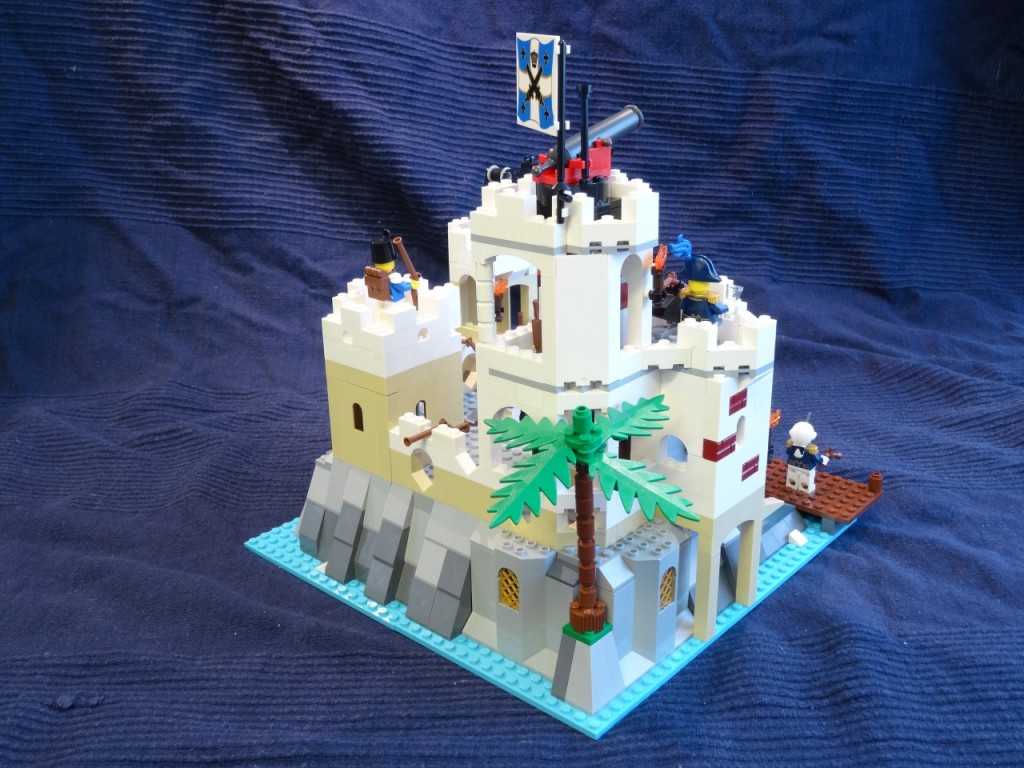 Unlike the Barracuda, I wanted this to be a straight rebuild with only a few improved details to reflect modern techniques and to replace old parts. The cell door had to go, as well as the old wall panels. Most of them were replaced with brickbuilds, where I found a great use for the new dark red textured bricks. The palm tree is mostly the same as the original but I used a hose thread through standard round bricks rather than the specialized palm trunk. The crane is mostly the same but has a functioning, proper winch now (one of the few downsides to the original was the cheap solution of just attaching the wire somewhere along the wall). 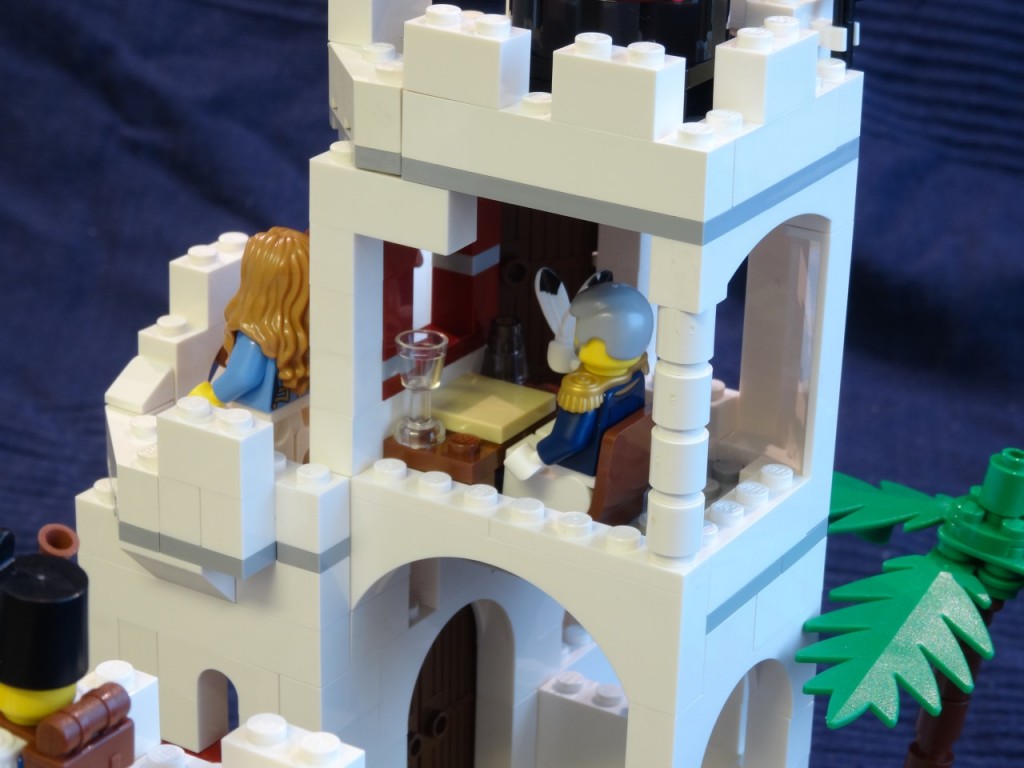 I wanted to keep the original clean look, but the room upstairs cried out for some detail, so I put in a desk for Governor Broadside to do his work. Writing a bounty for the head of Captain Redbeard, no doubt. 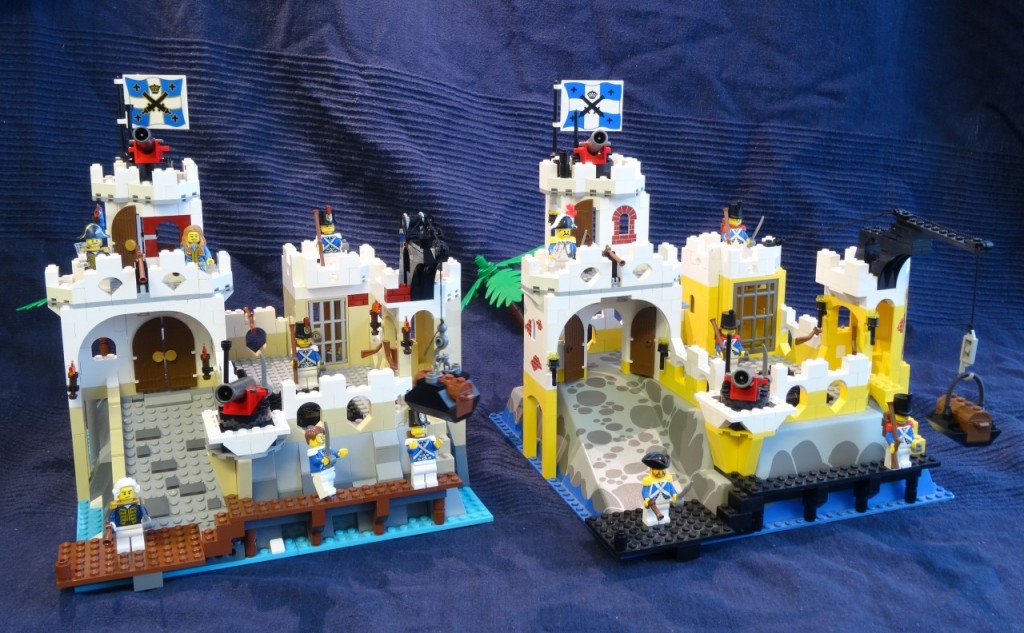 I managed to reach my goal of updating the Eldorado Fortress, with almost completely new pieces. I had to settle for used pieces for the 3×3 angled bricks, as those aren’t being made anymore. Oh, and the big ugly wall pieces were a last minute addition. I was shopping around for parts and found those, so I figured it couldn’t hurt to have the option. It turned out that I needed the option, because the 2×3 slopes were hard to find, so I added two wall pieces to fill out the cliff. It looks good anyway, like a dungeon level to the fortress. 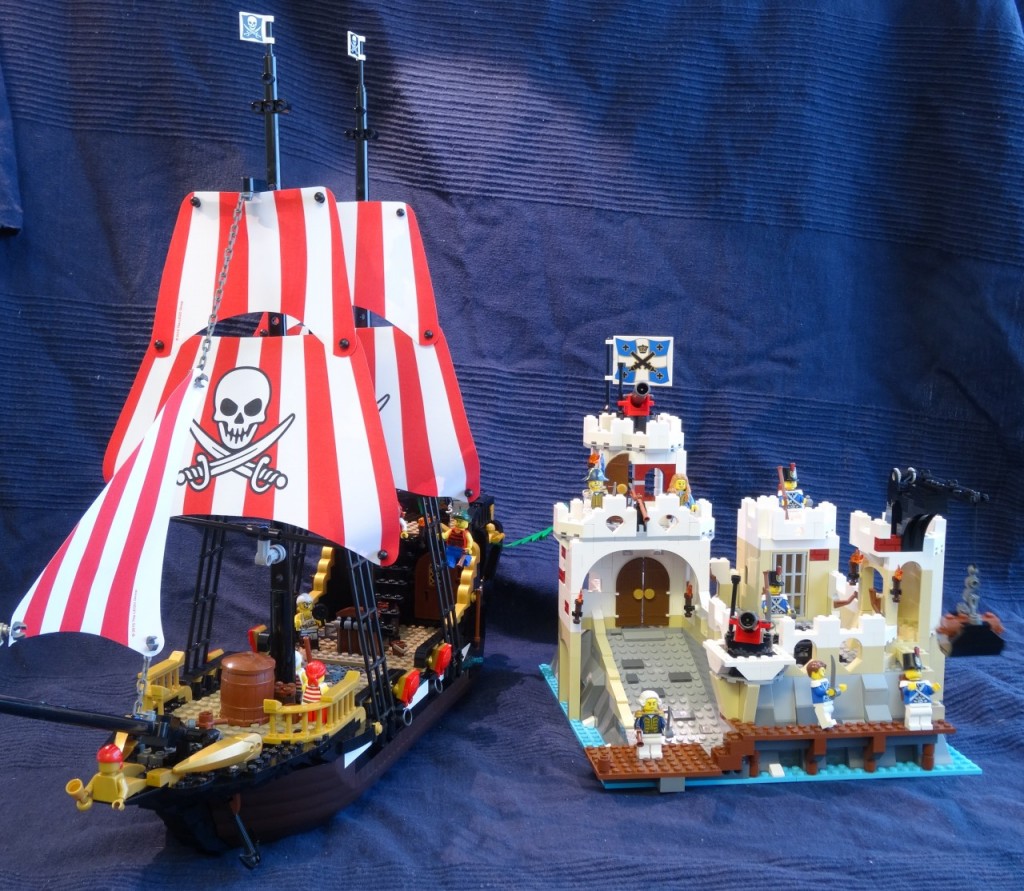 As I side note, I made a huge mistake when ordering parts for this. I was going to be smart – I thought – and added up parts for several different projects in my Bricklink wanted list. And I did manage to buy tons of parts in one go. The problem was that some parts were needed in several builds, and at some points I only bought parts for one of them. So, after finishing this and moving on to the next build, I found a lot of parts that were missing. Ultimately I’ve had to make another few orders. Next time I need to figure out a better way of doing this.