After getting mostly picture-perfect releases of Samus, Link and Pit from Max Factory’s Figma lineup, you’d think that Nintendo’s main character (and possibly his brother) would certainly come next. But not so. The strange ways of licensing means that the first to release a posable Mario figure is Bandai with their Figuarts lineup, while Luigi got a super-deformed rendition in Good Smile’s Nendoroid series along with Sonic. Well, alright then.

I don’t have any other Figuarts figures, but I’ve noticed that they tend to have a shaky reputation. They also tend to focus on anime such as Dragon Ball, Sailor Moon, Power Rangers and One Piece, so this Nintendo icon is kind of a new thing for them. 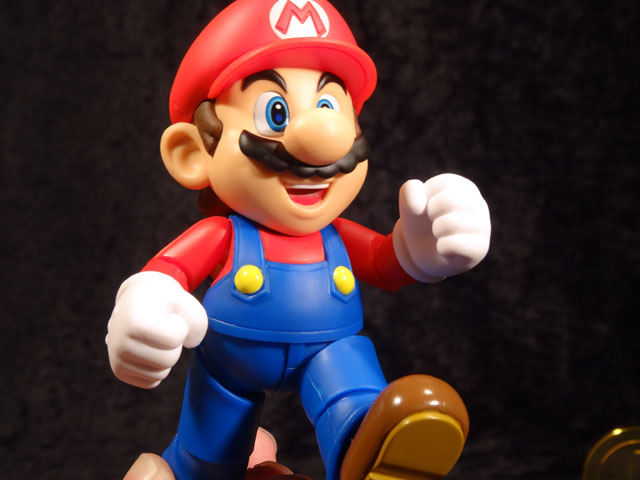 Sadly, when compared to a Revoltech or Figma figure, this is a very cheap release. Mario himself is modelled very well and from a distance he looks perfect. However, the plastic feels lighter than the chunky Figmas. There is also very little posability. He can do his traditional fistpump and get into something of a running pose, but that’s it. His head can barely move (it turns about 10 degrees before it starts creaking ominously) and his legs can’t bend backwards.

Since it isn’t possible to do adjustable fine details like hands and faces in plastic, other series come with tons of replacable parts to get new poses. Mario only has his standard smiling, confident face and gloved fists. 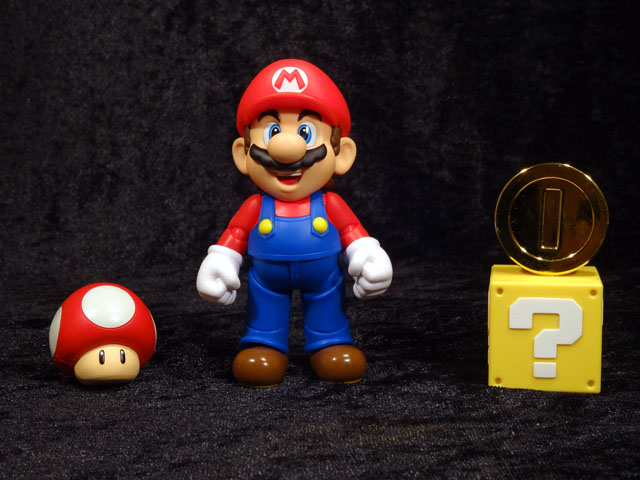 As for props, he comes with a ? block, a Power Mushroom and a coin. These could be useful, if only there was something to place them with (since blocks traditionally hover). However, the main set has nothing of the sort. For about 2900 yen, this is greedy. I got Pit for around the same amount of money and he had all kinds of stuff including stands.

To get that, you need to buy two separate sets that released at the same time. At around 2500 yen each, they add a Goomba, some brick blocks, a piece of ground, a Koopa shell, new hands for Mario to carry something, and some pipes, as well as stands to arrange this in a Mario diorama. Once you get them, you can set up a more interesting scene. You’re still stuck with the same face though.

My opinion of this is: meh. Mario himself being this simple could have been excusable if there were plenty of replacable parts to make him varied. If they also included all the extras at a slightly higher price (say, 4000 yen) it would have been a nice deal for fans. As it is, you need to spend over 7000 yen to make something interesting out of this. 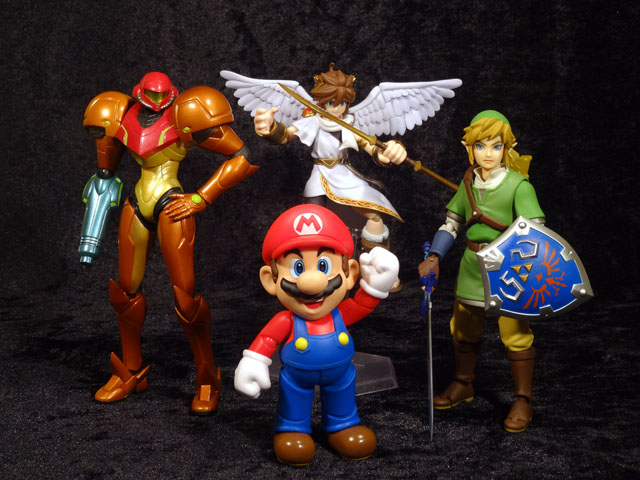 I’m still relatively satisfied with him since he came at a decent price. Since Mario isn’t one of my favourites, I’m happy just to have him in the shelf along with his more interesting Smash Bros. He does have a reasonable scale compared to those, so if you want a simple, decently good-looking Mario in your collection, this might be an option.